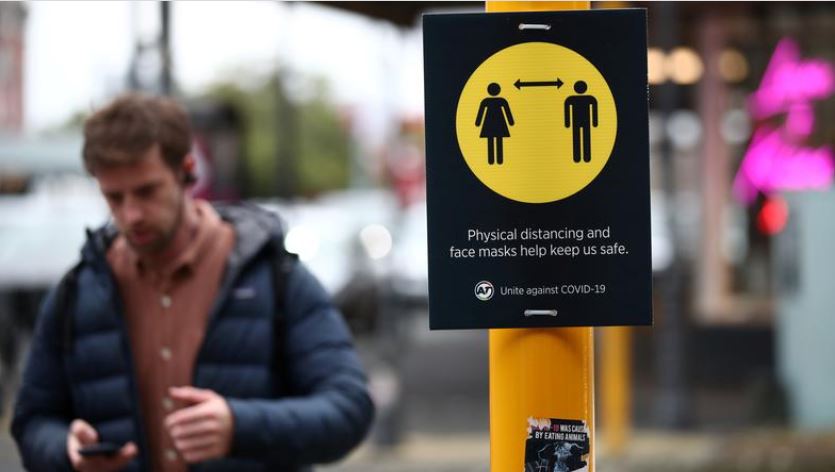 WELLINGTON, Jan 25: New Zealand on Monday confirmed its first case of COVID-19 in the community in months in a 56-year-old woman, but said close contacts of the recently returned traveller had so far tested negative.

The woman, who returned to New Zealand on Dec. 30, had tested positive for the South African strain of the virus after leaving a two-week mandatory quarantine where she had twice tested negative, COVID-19 response minister Chris Hipkins said.

No other community cases had been reported since the woman’s case was disclosed on Sunday and authorities said the source of the infection was probably a fellow returnee at the quarantine facility.

Authorities were looking at whether the virus was spreading through the ventilation and air conditioning systems in these facilities, Hipkins said.

New Zealand Health Chief Ashley Bloomfield said 15 people had been identified as close contacts of the woman and were being contacted.

However, her closest contacts, her husband and hairdresser, had tested negative, which was encouraging.

Confirmation of the case led Australia to immediately suspend a travel bubble with New Zealand for 72 hours.

Anyone arriving from New Zealand since Jan. 14 will need to isolate and stay home until they test negative for COVID-19. Anyone arriving in the next 72 hours will have to go straight into hotel quarantine.

“This will be done out of an abundance of caution whilst more is learned about the event and the case,” Australian Health Minister Greg Hunt said late on Monday.

He said the case was of concern because of the transmissibility of the South African variant and because the woman had been in the community.

“I advised him that we have confidence in our systems and processes, but it is Australia’s decision as to how they manage their borders,” Ardern told TVNZ.

New Zealand, one of the most successful developed nations in controlling the spread of the pandemic, last recorded a community coronavirus transmission in November, according to the Health Ministry website.

A tough lockdown and geographical isolation helped the country of 5 million virtually eliminate the novel coronavirus within its borders.

New Zealand has had only 1,927 confirmed cases. But with the pandemic raging globally, more people are returning with infections, including the new variants, raising concerns the virus may spread in the community again.

The woman, who lives in Northland on New Zealand’s North Island, quarantined on arrival in a managed isolation facility in Auckland where several highly virulent COVID-19 cases have been recorded in quarantine facilities in recent weeks.

Bloomfield said the South African variant may be more transmissible but there was not yet enough research available.

How private individuals are doing their bit amid coronavirus pandemic

KATHMANDU, March 27: While the trepidation of COVID-19 has already forced several businesses to shut, compelling people to spend their... Read More...

Some pictures from Teku Hospital: Patients are treated at corridors as hospital runs short of beds
18 hours ago

Govt says ICU beds are available, but hospitals have a different story to tell
21 hours ago

Some pictures from Teku Hospital: Patients are treated at corridors as hospital runs short of beds
18 hours ago

Govt says ICU beds are available, but hospitals have a different story to tell
21 hours ago