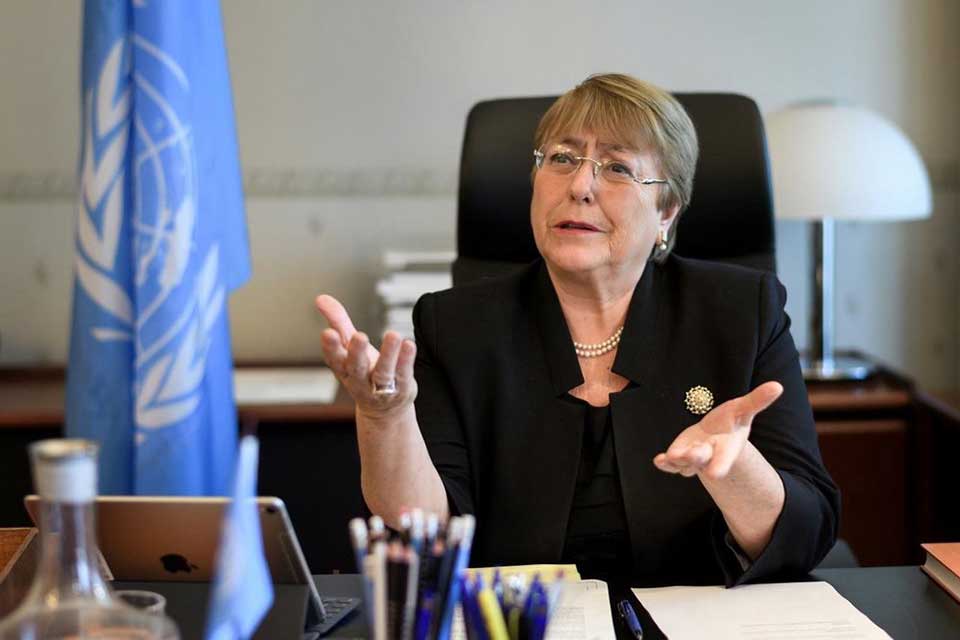 A statement issued by the new UNHRC chief and the former Chilean president, who succeeded Zeid Raad al Hussain this month, said the people of Kashmir had the same rights to justice and dignity as people all over the world and urged authorities in both India and Pakistan to respect them.

Bachelet also reiterated the UNHRC’s request for unconditional access to Kashmir on either side of the Line of Control (LoC), which divides the two countries. “The Office of the HRC continues to request permission to visit both sides of the LoC, and in the meantime, will continue its monitoring and reporting,” she said.

In his report to the UN Human Rights Council in June, Bachelet’s predecessor Zeid Hussain had sought an “establishment of a commission of inquiry to conduct a comprehensive independent international investigation into allegations of human rights violations in Kashmir” and asked the governments of India and Pakistan to “fully respect the right of self-determination of the people of Kashmir as protected under international law”.

KATHMANDU, Feb 27: The Indian and Pakistan’s air force have downed warplanes of one another, according to the Associated Press. Read More...