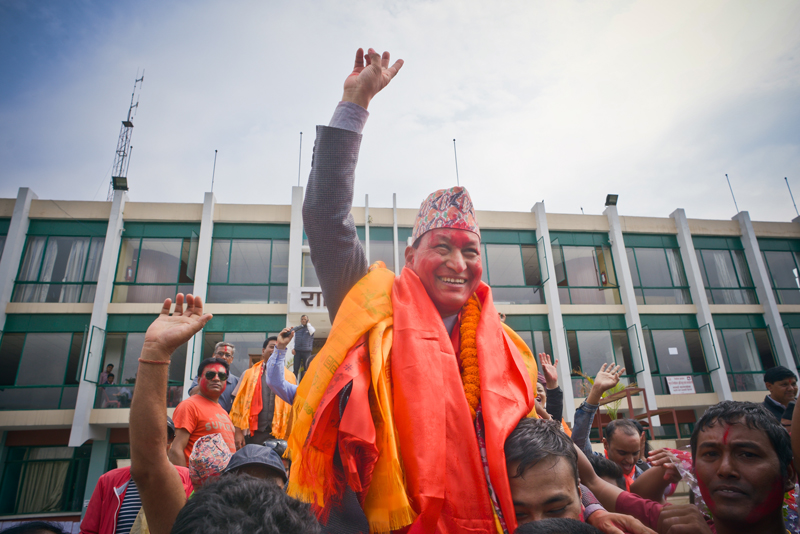 Involving citizens as decision makers and agents of change is not rocket science in a country noted for its social capital.

Local news is getting more and more interesting after your announcement, during your first municipal council meeting, of grand plans that have the potential to transform our cities: new flyovers, new roads and cutting edge commuting systems.

While better physical infrastructure is a dire urgency, it is also important to focus on “softer” but equally important issues in order to reinvigorate our neighborhoods by putting citizens in a position of playing their part in social causes.

They can help make our communities not only less dusty and more beautiful but also more just, fair and resilient.

First of all, do not forget that citizens can play an important role in shaping new policies and programs. So involve them. In doing this you should be as inclusive as possible, and include the multitude of people who come from outside and did not vote in the elections and yet are living in the communities you now govern.

I refer here to other disadvantaged sections of the population, be they persons with disabilities or those belonging to historically disadvantaged groups who have always been neglected and marginalized; or children or youths working in transport industry or in local restaurants.

The fact that you recently got a mandate to govern should not keep you from reaching out to all sections of the society, to consult them and involve them in all your major decisions.

More and more countries are exercising electoral democracy with some elements of direct democracy where people have a clear voice, as well as roles that go beyond the ballot box. Surely, you can make an effort on this.

The best part of your election campaign was when you moved from house to house asking for people’s votes. Campaigning allowed you not only to pitch your ideas to the people, but also to listen to their concerns, worries and real needs. You should find a way to remain in touch with the same people, and see if you are honoring your promises. You, your team of advisors and all members of the municipality executive body should seek inputs from the people on continuous basis, involving them in all phases of carrying out your mandate.

While not all forms of direct democracy are formally recognized or applied, politicians in the developed world these days interact with their citizens through “city hall” meetings. If you also do so, you won’t even be copying foreigners as local communities in Nepal have always had strong grassroots level consultative mechanisms.

After all the never-ending series of gatherings and functions where everybody has to speak can be seen as byproduct of ancient traditions of consultation and community sharing. Help yourself and leverage the institutional relationships between your central offices and the wards. Also, forge and nourish relations of “best partners” with the heads of your local wards and their elected peers.

You will learn that at the end of the day what counts at the local level is performance rather than ideological positions. Be pragmatic and try to get along with everybody who is honest and committed to improving local communities as, at the end of the day, your agenda will be implemented only through cooperation and partnerships at micro level.
Lastly, people can be mobilized for decision-making as well as active participants to achieve some common good. In times of need, citizens can come together and bring about positive change. We saw it during the earthquakes and we continue to see it in the ongoing Save Bagmati campaign.

Citizens, acting as volunteers and community mobilizers, can be your best partners in achieving your goals. The Americans are good at rebranding: with a good dose of PR and marketing, they were able to repackage what people from every part of the world have been doing since the dawn of history: helping each other without expecting anything in return.

In Nepal, you call it samaj sewa; in other parts of the world, it is called volunteerism. In the US, in particular, they call it service: short, sweet and simple.

Certainly Americans, probably because of lack of a strong welfare state, were always good at leveraging philanthropy and community engagement for common good. They manage to do this to get clear results.

You should know that your fellow mayors in the US have created the ‘Cities of Service Coalition’ where over 225 cities, from the smallest to the biggest, came together to harness the power of their “serving” citizens—as millions of volunteers decided to get mobilized to support the implementation of their cities’ plans.

Many cities that are part of the Coalition have even appointed Chief Service Officers to help coordinate mobilization of volunteers, local not-for-profits and corporate sector players.

Michael R. Bloomberg, the former Mayor of New York City and a billionaire, was the mastermind behind this initiative. Yet you do not need money to forge partnerships with your own people. But you need will, passion and dedication to pursue system changes at local levels with those closest to the problems: the citizens.

Member cities of the Coalition have come up with detailed plans and strategies on how and where volunteers can offer important help. They have jointly identified pressing problems and ways to solve them.

Involving citizens as decision makers and agents of change is not rocket science, especially in a country like Nepal with such wealth of social capital. It is certainly worth a try. Best of luck with what I hope would be your people-centric administrations.

The author is the co-founder of ENGAGE, a local NGO partnering with youths living with disabilities

KATHMANDU, Aug 27: The Nepali Congress has begun interaction with mayors and deputy mayors elected on the party ticket about... Read More...

TIKAPUR, Mar 4: Residents of Tikapur have gheraoed the house of Tapendra Bahadur Rawal, mayor of Tikapur Municipality after being... Read More...