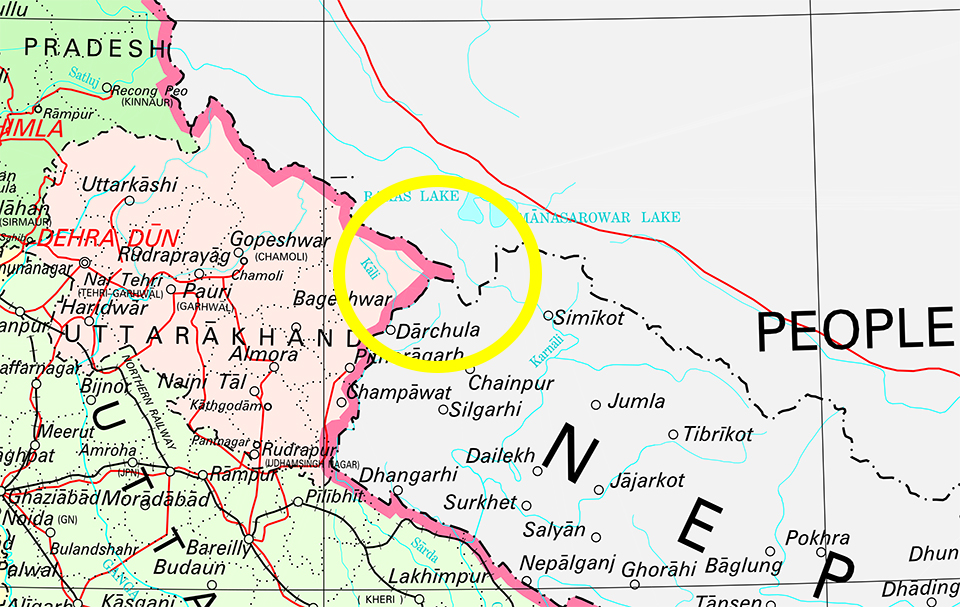 KATHMANDU, Nov 7: A day after Nepal strongly objected to a recently-released Indian political map that placed Nepali territory Kalapani inside India, the Indian Ministry of External Affairs (MEA) on Thursday claimed that the map is accurate.

At a press meet held at the ministry, MEA Spokesperson Raveesh Kumar claimed that the Indian map has accurately depicted the sovereign territory of India.

"The new map has in no manner revised our boundary with Nepal. The boundary delineation exercise with Nepal is ongoing under the existing mechanism," he said responding to a media query.

The spokesperson also reiterated India's commitment to finding a solution through dialogue in the spirit of close and friendly bilateral relations with Nepal.

"At the same time, both countries should guard against vested interests trying to create differences between our two countries," he added.

Earlier on Wednesday, Nepal said that any unilateral decision to change border demarcations would not be acceptable after a new political map released by the Indian government last week continued to include Kalapani and Lipu Lekh – at the tri-junction point between Nepal, India and China – in Indian territory. 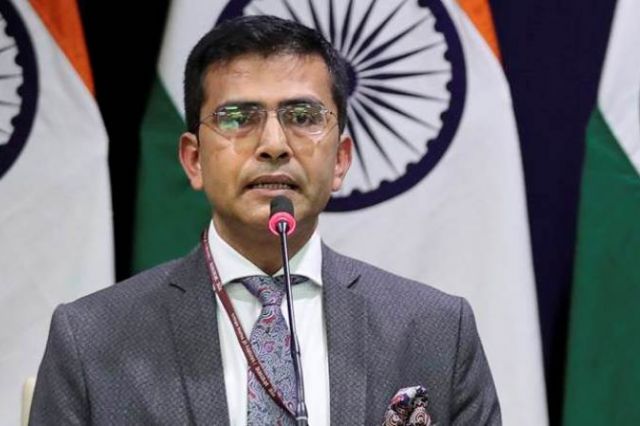 The Ministry of Foreign Affairs (MoFA) in a statement said that outstanding boundary issues should be resolved in consensus, after the Survey General of India released its new political map on October 31 to reflect changes in the status of Jammu and Kashmir following the abrogation of Article 370 of the Indian constitution.

Nepal and India during the third meeting of their Joint Commission held in 2014 had agreed to direct the Foreign Secretaries to work on the outstanding boundary issues, including Kalapani and Susta, with technical inputs from the Boundary Working Group. The Nepali side has been repeatedly expressing its desire to resolve all outstanding boundary issues including Kalapani, Lipulekh and Susta.

The official statement from MoFA came four days after the new Indian political map caused a public outcry, with student bodies taking to the street and senior political leaders urging the government to take diplomatic initiatives to resolve matters. “Nepal government is clear that remaining outstanding boundary issues should be resolved through mutual consensus and any unilateral decision won’t be acceptable,” a MoFA statement stated.

Although the controversy over inclusion of Kalapani as Indian territory has surfaced again this week, Indian political maps have continued to put these territories in its side of the border almost since the 1960s.

With people taking exception to the new Indian political map and increasingly questioning the government’s resolve to safeguard Nepal’s territory, the MoFA statement further said that the government is committed to safeguarding its international border and is firm in its belief that the border issues between the two countries should be resolved through diplomatic channels on the basis of historical documents and evidence.

It may be recalled that Nepal had objected to an agreement reached between India and China during the visit of Indian Prime Minister Narendra Modi to China in 2015 to boost trade through the Lipu Lekh Pass without Nepal’s involvement. Nepal maintained that it was against international norms and values to make such an agreement when Nepal and India are yet to resolve outstanding boundary issues.