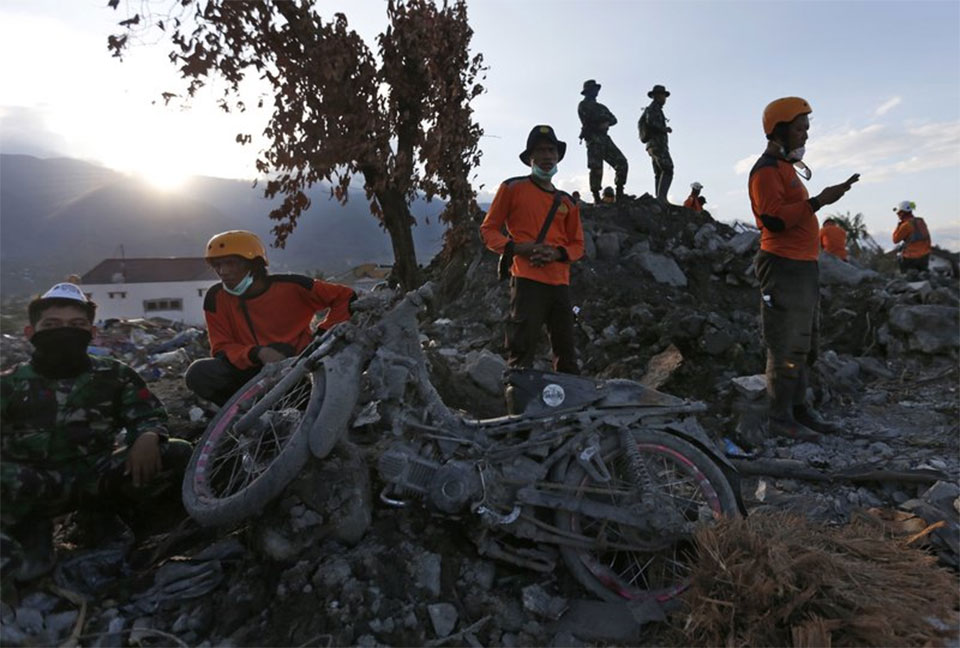 PALU, Oct 11: An earthquake collapsed homes on Indonesia’s Java island, killing at least three people, and shook the tourist hotspot of Bali on Thursday, two weeks after a major quake-tsunami disaster in a central region of the archipelago.

Indonesia’s disaster agency said the nighttime quake was centered at sea, 55 kilometers (34 miles) northeast of Situbondo city, and also felt in Lombok. The U.S. Geological Survey said it had a 6.0 magnitude.

The agency said the worst affected area was in Sumenep district, East Java where three people died in one village and several homes were damaged.

The International Monetary Fund and the World Bank are holding annual meetings on Bali through Sunday.

Some tourists and residents on Bali went outdoors as a precaution but then back to sleep when there was no tsunami warning.

The country is still working to recover from the earthquake and tsunami that killed more than 2,000 people and left perhaps thousands more buried deeply in mud in some neighborhoods of Palu city in central Sulawesi.

Disaster agency spokesman Sutopo Purwo Nugroho said Wednesday the death toll from the double disaster on Sept. 28 has risen to 2,045, with most of the fatalities in the coastal city of Palu. More than 80,000 people are living in temporary shelters or otherwise displaced, he said.

Possibly 5,000 people were buried in places where the earthquake caused liquefaction, a phenomenon where wet soil weakens and collapses, becoming mud that sucks houses and everything else into the ground in a quicksand-like effect. Stretches of the coastline were trashed by the tsunami that Nugroho said had waves up to 11 meters (36 feet) high.

“People are traumatized. They don’t want to go back” to those places, Nugroho said. “They asked to be relocated to another place and a house made for them.”

After making a rare appeal for international assistance, Indonesia is now trying to limit foreign involvement in the disaster relief effort. Nugroho said there’s no need for international aid other than the four priorities identified by Indonesia — tents, water treatment units, generators and transport.

The disaster agency has circulated guidelines that say foreign aid workers can be in the field only with Indonesian partners. Groups that sent foreign personnel to the disaster zone are “advised to retrieve their personnel immediately,” according to those guidelines.

JAKARTA, Aug 3: A powerful undersea earthquake that struck off the Indonesian islands of Sumatra and Java has killed at least... Read More...

PALU, Oct 1: A mass burial of earthquake and tsunami victims was being prepared in a hard-hit city Monday as... Read More...