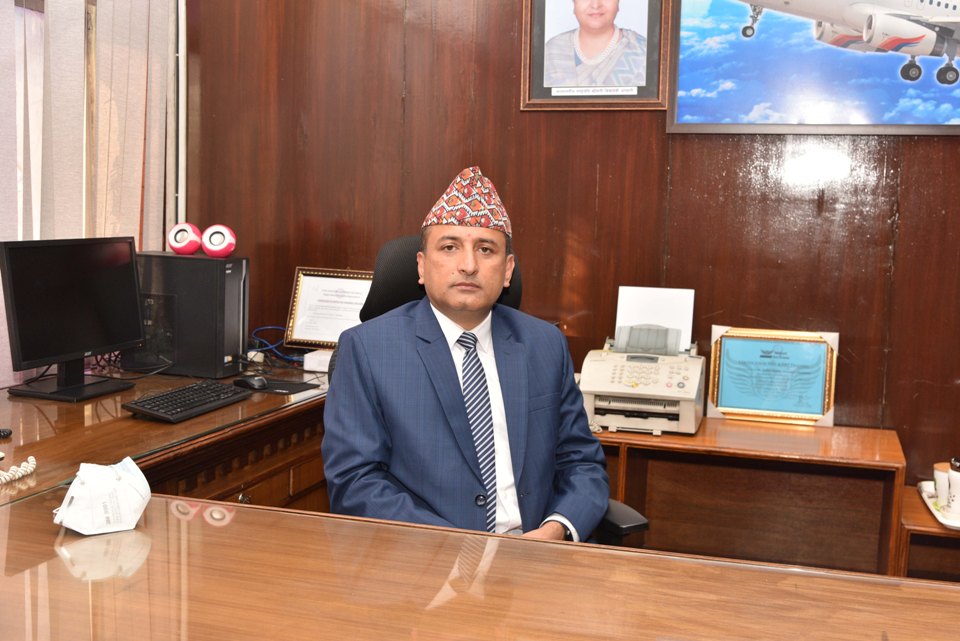 KATHMANDU, Oct 13: The newly-appointed General Manager of Nepal Airlines Corporation (NAC) Dim Prasad Poudel has said that he will guarantee operational profit by adding more aircraft to the NAC fleet. Poudel assumed his office on Monday.

While taking charge on Monday, he said that individual effort is not enough to make the corporation dynamic and therefore he is expecting help from all. He also pointed out the need for a creative approach to achieve the expected results. He said that the expected results can be achieved only if all worked creatively, instead of working traditionally. “I assure that I will work together with other actors as my appointment has been made on the basis of mutual consultation and understanding,” he said.

Deputy General Manager Ganesh Bahadur Chand expressed confidence that the corporation would move forward as the person who knows everything about NAC has been appointed as the GM.

Meanwhile, Subhash Dangi, chairman of the official trade union, said although the corporation has enough potential, important efforts are necessary to overcome the existing  problems.

Poudel has been appointed GM for four years. Known as a chartered accountant as well as a management expert, he was previously a member of NAC's board of directors.

KATHMANDU, September 10:  Nepal Airlines Corporation (NAC) is found to have spent Rs 5 million on overseas trips for some one... Read More...