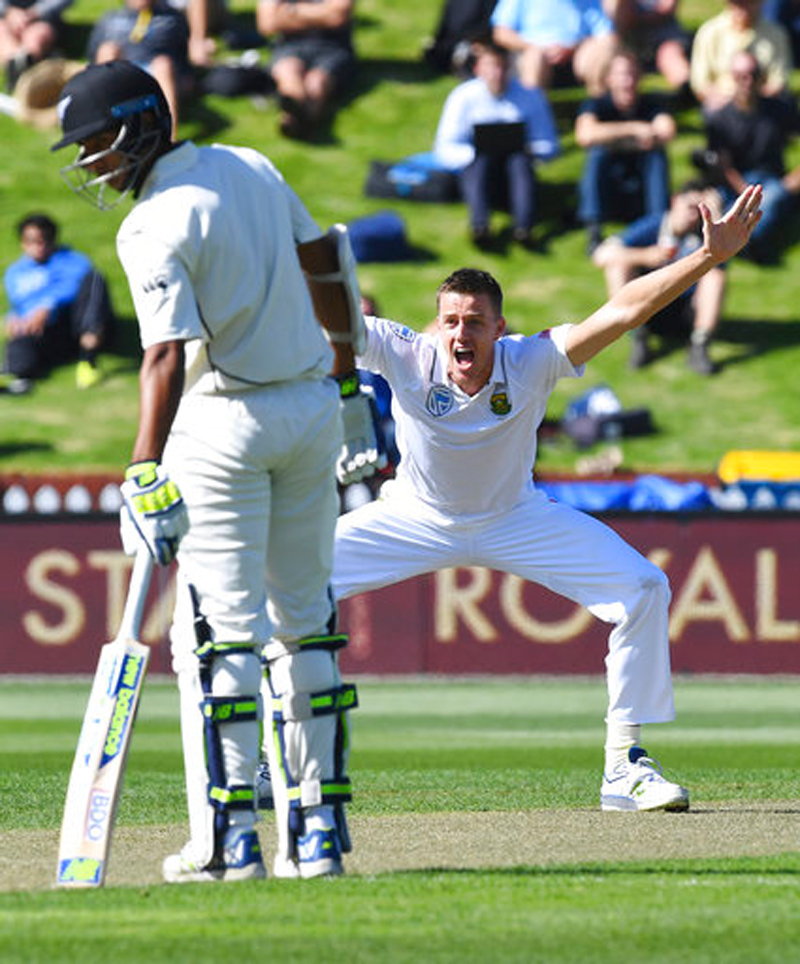 WELLINGTON, New Zealand (AP) — Tom Latham will become New Zealand's 22nd one-day international cricket captain when he leads a makeshift team in a tri-series against Ireland and Bangladesh next month in the lead-up to the Champions Trophy.

Latham gets the chance to lead New Zealand at the age of 25 in the absence of Kane Williamson, who is one of 10 frontline players who will miss the series while playing in the Indian Premier League.

Seamer Hamish Bennett, who played his most-recent ODI in 2014, and opening batsman George Worker, who scored 659 runs in domestic one-day matches this season at an average of 82, have been recalled. So too have Colin Munro and Henry Nicholls, who were dropped during the recent domestic summer.

"This is a fantastic opportunity to give new players a taste of international cricket, as well as reward guys who have pushed their way back into contention," selector Gavin Larsen said. "Neil (Wagner) is an example of someone whose bowling has gone from strength to strength.

"Scott and Seth have worked their way into the side following superb domestic form over an extended period of time, which is equally true for George and Hamish who have earned recalls."

"At 25 years old Tom is still a youthful captain but he's performed the role well for Canterbury and New Zealand Under-19 in the past," he said.

"With the likes of Ross (Taylor) and Luke (Ronchi) in the squad, there also are some experienced players to help support him.

"It's a great learning opportunity for Tom and a chance for other squad members to take on a bigger leadership role too."

KATHMANDU, Dec 2: India has been a dominant force in the South Asian football, winning the SAFF Championship for  record times... Read More...

Sundar puts India in charge, made to wait for maiden century
1 hour ago