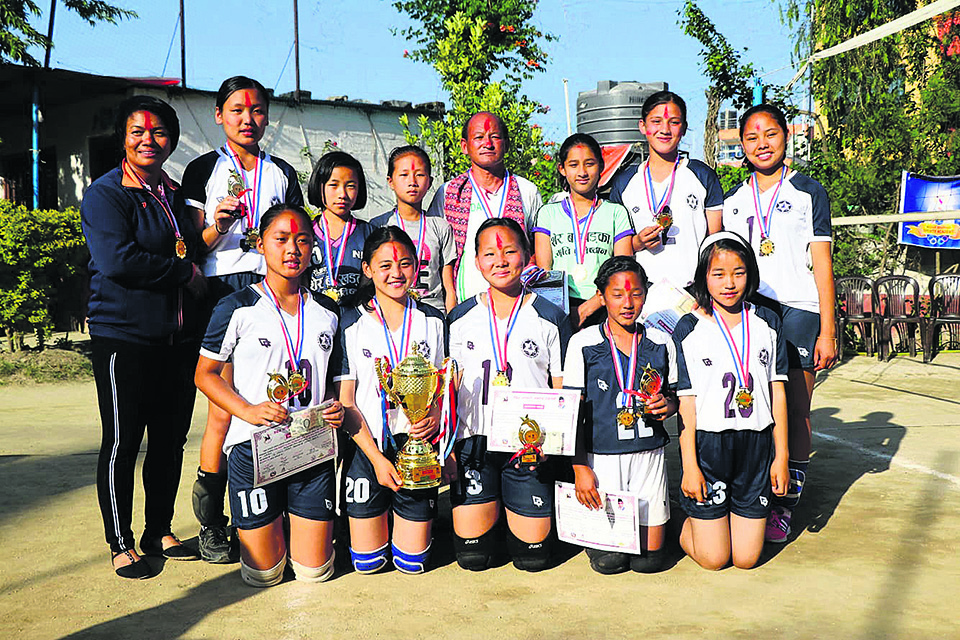 KATHMANDU, May 26: New Diamond Academy has won the Second Chandragiri Deputy-Mayor Cup Women’s School Volleyball Tournament with a 3-0 set victory over Paramount School on Saturday.
At its own premises in Naikap, New Diamond defeated Paramount on straight sets of 25-11, 25-19, 25-21 to win the title.

With a brilliant spike performance from Riya Kunwar in which she collected 13 points, New Diamond overturned a deficit of 8-15 to win the third set 21-15.

New Diamond dominated in individual awards as well. Kunwar was named the best player of the tournament and got Rs 1,500.