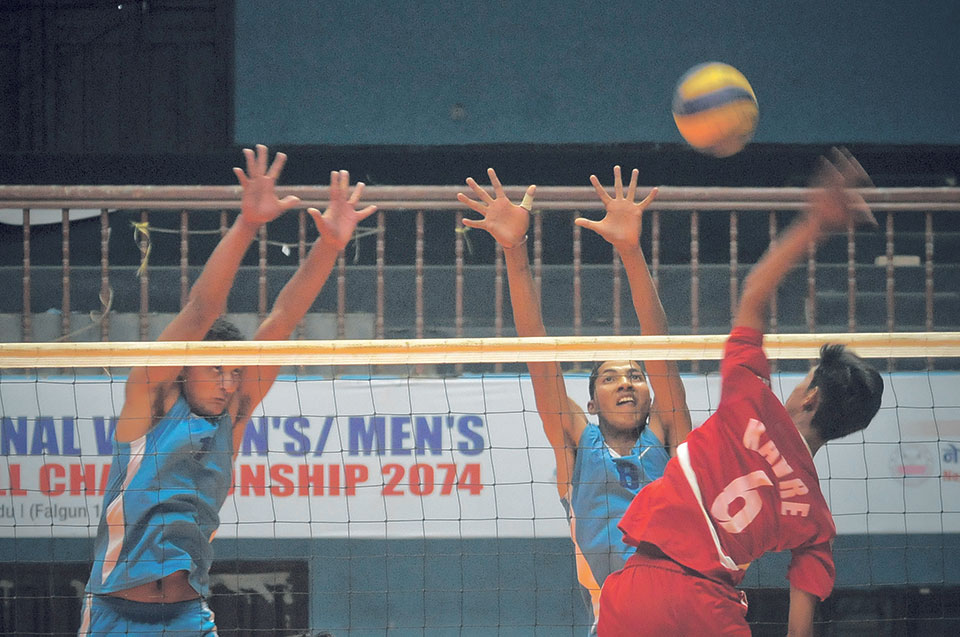 At the National Sports Council (NSC)’s Covered Hall in Tripureshwar, NDA defeated Dhorpatan Sports Club in group ‘A’, while TAC beat Padmadaya Youth Club and reached the last four with still a game in hand. Earlier, on Monday, NDA saw off Padmodaya, and TAC had beaten Dhorpatan on Sunday.

Now, the winner of the group will be finalized as NDA and TAC take on each other on Wednesday.

Likewise, Dhorpatan and Padmodaya will face each other on the same day which is only seen as a mere consolation match.

Likewise, APF beat Jawalakhel Volleyball Training Center 25-15, 25-12, 25-14 to book its place in the last eight of the tournament.