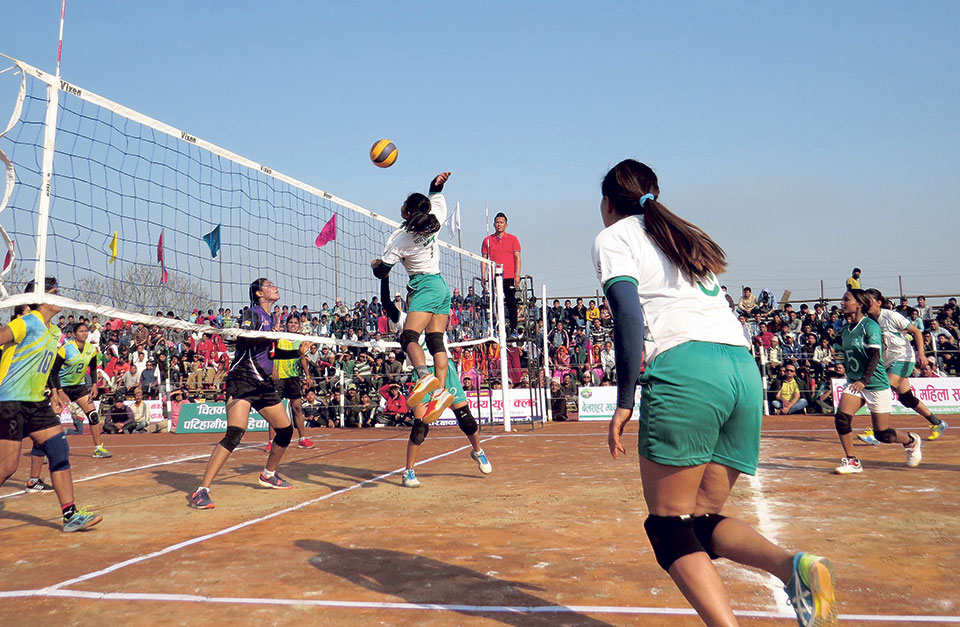 A total of seven teams in the tournament are divided into two groups and the top two teams of each group advance to the last four.

KATHMANDU, March 2: The semifinal lineup of the men’s category completed on Thursday, as all the three departmental teams -- Tribhuvan... Read More...