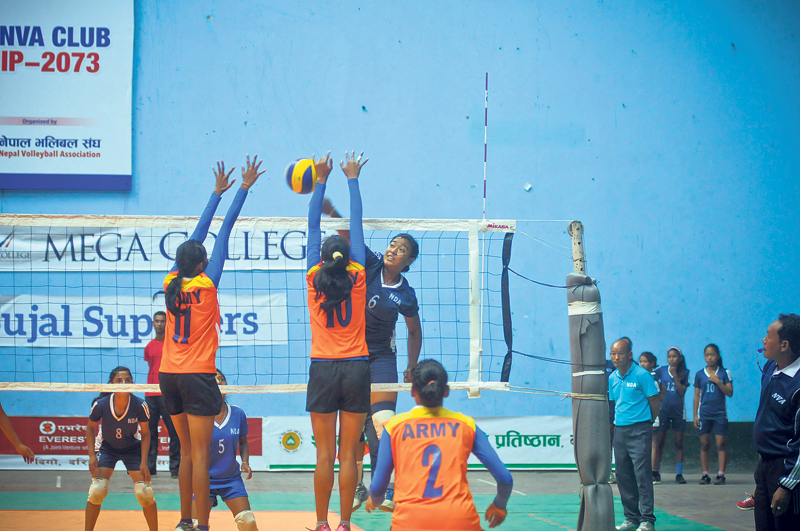 The tournament being held under league-cum-knockout format features 12 teams in men’s and nine teams in women’s section. The winner of each category will bag a purse of Rs 150,000 each while the runner-up will walk home with Rs 70,000. Similarly, the best players in five different positions will get cash reward of Rs 5000 each.

Nepal Volleyball Association (NVA) has appointed a vice president and five members in its executive committee. Ranjan Khadka has been nominated the vice president.