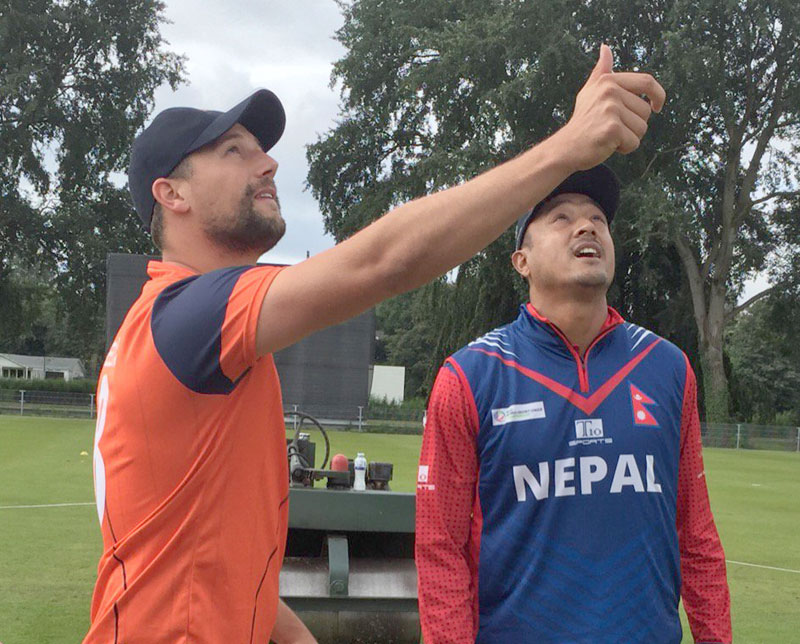 KATHMANDU, Aug 13: The Netherlands  won the toss and elected to field at the ICC World Cricket League Championship at Amstelveen, Amsterdam on Saturday.

The two sides have met twice in the 50-over format and both have won a match each. The first match was played during the 2014 World Cup Qualifiers which saw the Netherlands beat Nepal by seven wickets. In another match played in January 2015 during the World Cricket League Division 2 in Namibia, Nepal pulled a two-wicket win over the same opponent.

KATHMANDU, April 17: Nepal played it in style to thrash the team Netherlands by nine wickets in the first match... Read More...

KATHMANDU, Aug 1: Nepal has received a target of 190 runs from Netherlands at the 1st ODI being held at VRA... Read More...

Nepal takes on Netherlands in vital fixture today
6 years ago
Ruling alliance on the verge of collapse over new president, home ministry row
13 hours ago

The number of foreign tourist arrivals in Nepal encouraging during off season: NTB
40 minutes ago