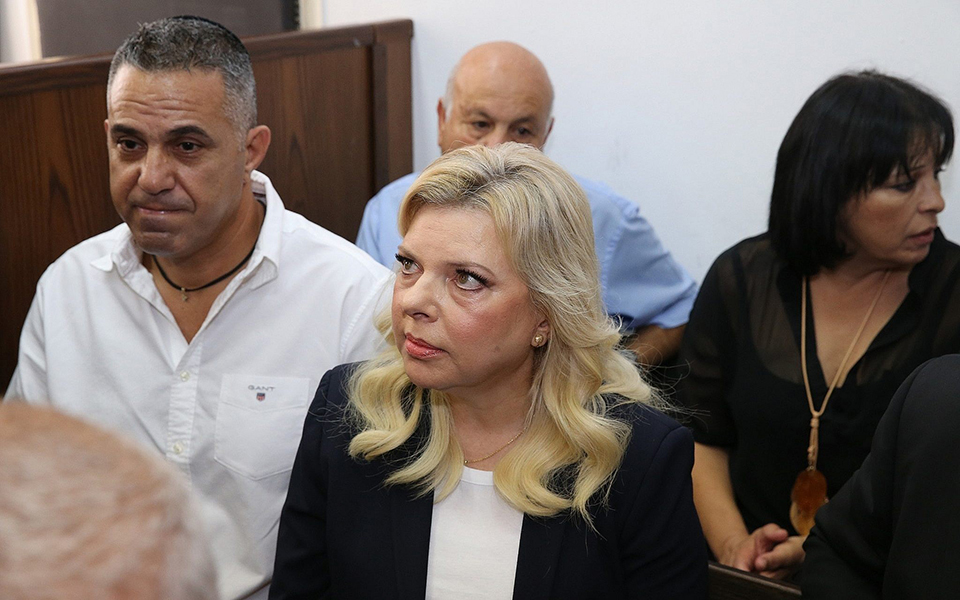 According to the original indictment, Sara Netanyahu, along with a government employee, fraudulently obtained from the state more than $100,000 for hundreds of meals supplied by restaurants, bypassing regulations that prohibit the practice if a cook is employed at home.

Smiling broadly, Netanyahu faced a phalanx of cameras in the courthouse before the session got under way.

At the hearing, a judge ratified the plea deal, convicting her of the criminal charge of intentionally exploiting another person’s mishandling of state money for her own benefit, after prosecutors dropped the more serious offense of fraud.

“Do you understand what you admitted to?” the judge asked Netanyahu, 60.

Israel’s YNet website published a photograph of what it said was a note from her husband, who was not in the court, that was passed to her during the session. “We will get through this, too. Be strong!!”, it said.

While the deal lifts a legal cloud over Sara Netanyahu, it has no direct bearing on the prime minister’s own troubles - three corruption cases in which he has denied wrongdoing.

That session is set for early October, two weeks after a Sept. 17 general election that follows a ballot in April in which Netanyahu declared victory but failed to form a government.

In explaining the plea agreement to the court, prosecutors cited Netanyahu’s clean record, the public humiliation she has suffered as a result of the case and the time that has passed - up to nine years - since the crimes were committed.

The government employee charged along with Netanyahu also reached an agreement with the prosecution and was fined 10,000 shekels.

Sara Netanyahu has elicited a multitude of headlines in the past over what family spokesmen have decried as an undeserved reputation for imperiousness.

Three years ago, a labor court found she had insulted and raged at household staff, and it awarded about $40,000 to the former chief caretaker of the prime minister’s residence in a civil suit against the government over alleged mistreatment and unfulfilled promises of tenure.