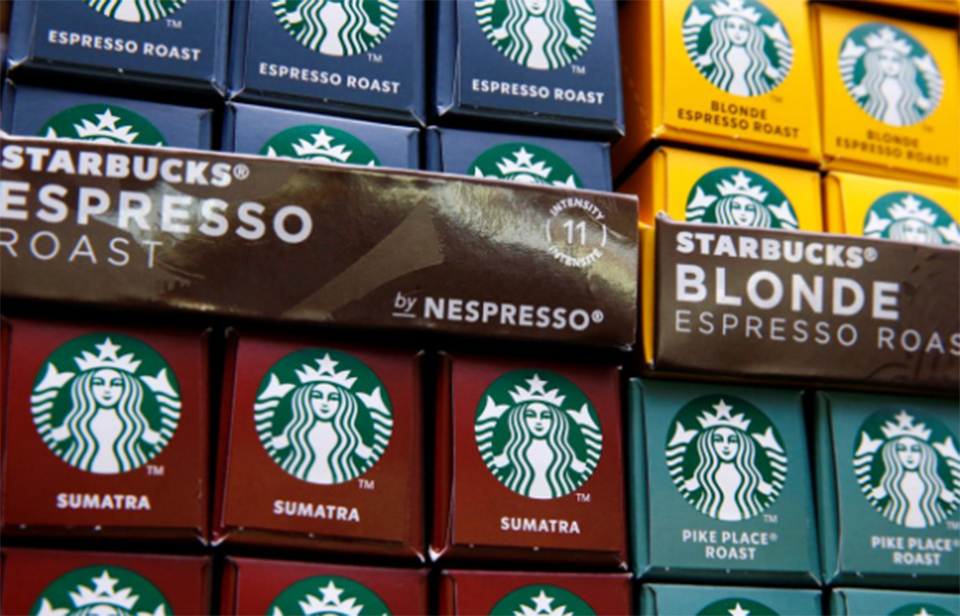 The world’s largest food company will start selling 21 Starbucks-branded capsule and instant coffee products on Chinese e-commerce platforms like Alibaba’s (BABA.N) Tmall and JD.com (JD.O), as well as to offices and hotels in tier-1 cities, both companies said.

“We believe China is the most exciting market in general but especially for coffee because... per capita cup consumption is quite low as compared to Asia,” said Rashid Aleem Qureshi, Nestle’s chief executive officer for the Greater China region.

“Right now the overall soluble coffee in China is growing between 3-5% (a year) and we believe that by bringing this exciting new business opportunity we should be able to grow faster than that,” he said, referring to a category that includes capsule and instant coffee.

Nestle’s move comes as the Swiss company experienced a slower first-half growth in China, its second-largest market, where other categories like mainstream baby foods have struggled compared to pricier options.

China’s per capita coffee consumption is about 6 cups a year, compared to 400 in Japan and 300 in South Korea, Nestle said.

The partnership with Starbucks would help Nestle add a premium coffee option to the range of products it already sells in China, such as Nescafe instant coffee range and Nespresso capsule coffees, Qureshi said.

Starbucks China CEO Belinda Wong said the Nestle deal would open two new avenues to sell its products in China, where it has been investing heavily in its store network and delivery amid tougher competition from local startups.

BEIJING, June 14: Beijing has found its villain in its multi-fronted conflict with the United States: Secretary of State Mike... Read More...

Patient dies, three others injured as ambulance rams into parked lorry in Morang
8 hours ago