Nepse up by only two percent 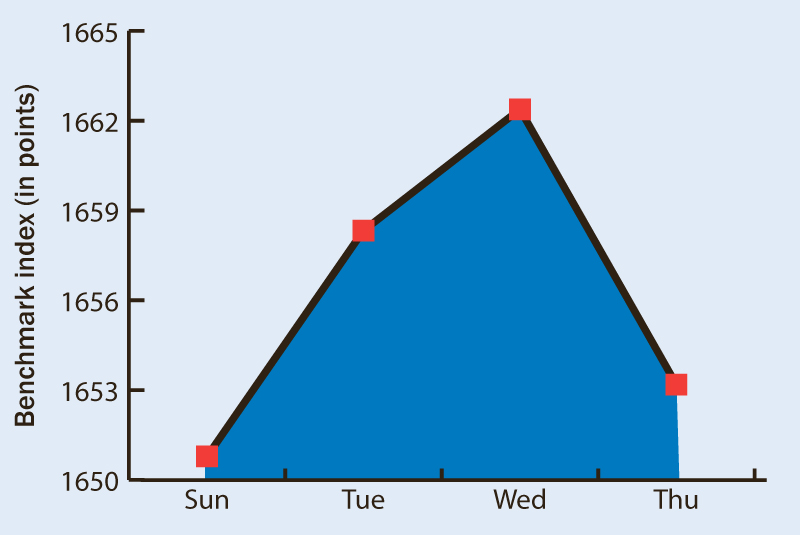 KATHMANDU, May 6: Nepal Stock Exchange (Nepse) index inched up 2.4 points to close at 1,653.18 points on Thursday -- the last trading day of the week.

Though the stock market logged marginal gains, it seems that the upcoming local level polls have not boosted confidence of stock investors.

The stocks were volatile until last week amid uncertainty over election for local bodies. However, prices stabilized to some extent after the election process started this week with the filing of candidacy. “The market saw correction until last week. But share prices started going up once the stage was set for local level election,” Anjan Raj Poudyal, former president of Stock Brokers Association of Nepal (SBAN), said. “It was largely stable this week after a volatile week,” he added.

Analysts expect the market to move in the green zone in the coming week as the country goes into the polls. “With the election, there would be ample liquidity in the market since the government as well as candidates will spend heavily. This spending pumps money into the banking system,” they believe.

Also, the third-quarter financial result of listed companies is likely to make impact in the stock market in the coming trading days. Listed companies, particularly banks and financial institutions (BFIs), have published their quarterly results which show that they made impressive profits in the review period.

Similarly, the government’s development spending, which picks up in the last quarter of the fiscal year, could address the current credit crunch problem, bringing down rapidly rising rates thereby making it easier for investors to get loans from the BFIs, say analysts.

A total of 5.38 million units of shares of 154 companies worth Rs 3.4 billion were traded in the market this week through 27,706 transactions. The turnover is 40.26 percent higher than the last week.