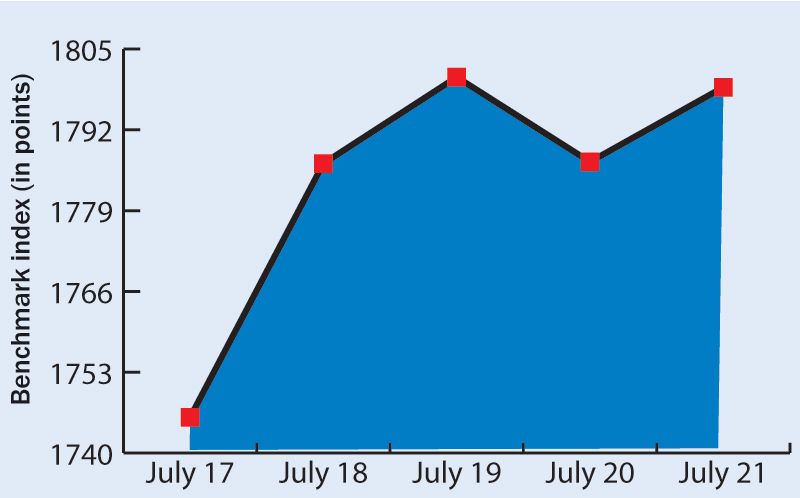 "Investors have shifted toward shares of commercial banks that are in the process of making public their financial reports of the last fiscal year. Investors expect that banks will report good profit and announce attractive dividends this year also. It is one of the reasons behind growing attraction of investors toward banking stocks, according to a stock broker.

“Shares of microfinance institution were overpriced as investors were expecting the central bank to increase their paid-up capital. That would have meant more bonus and rights shares for the investors,” the stock broker said, adding: “Instead, the central bank decided to cap their interest spread which drove investors toward shares of commercial banks and insurance companies."

A total of 14.63 million units of shares of 151 companies worth Rs 9.37 billion were traded in the market this week through 42,649 transactions.

The turnover is 49.64 percent higher compared to last week. The turnover has been increasing in recent weeks due to full-fledged implementation of the dematerialized form of shares trading. Stock market analysts have attributed increment in turnover to rising share prices, flow of cheaper finance from the banking system to stock market, and growing confidence of investors toward the market.

Nepse up 79 points as investors turn to banking stocks