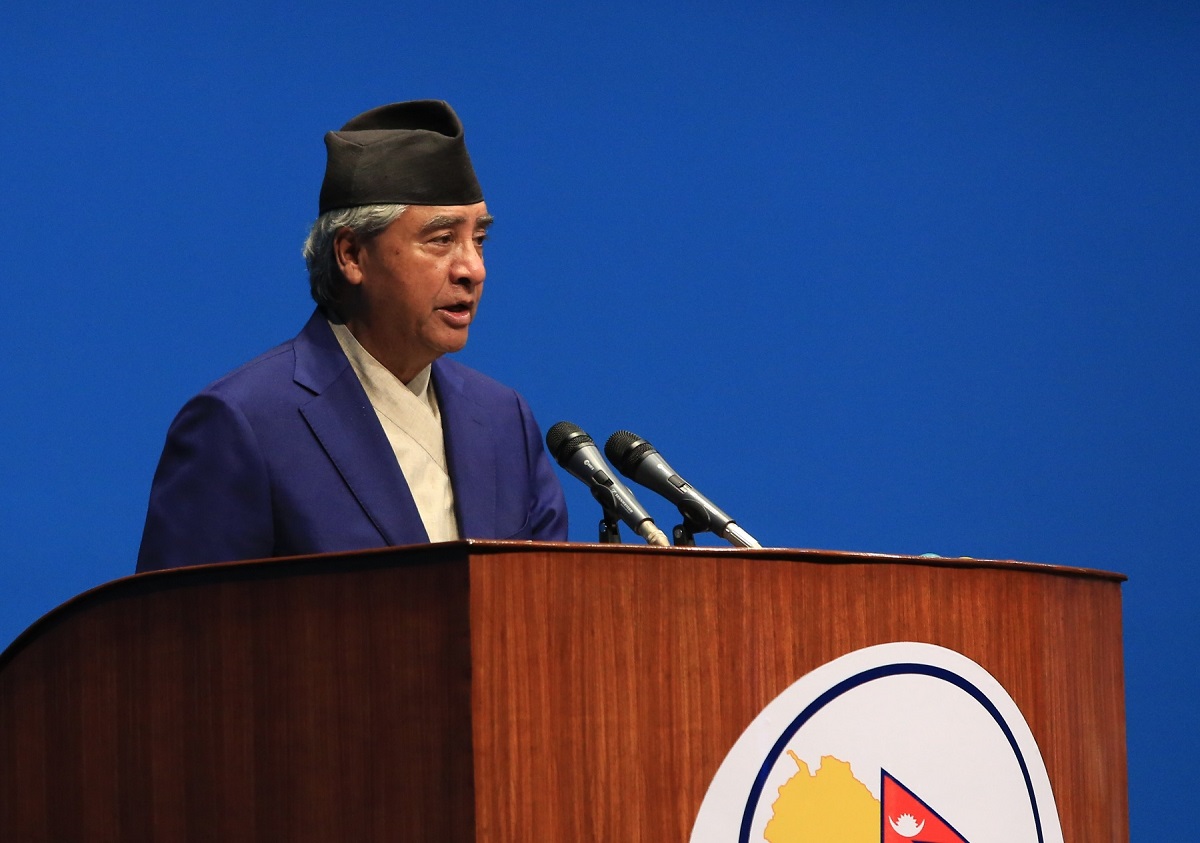 KATHMANDU, June 13: President of the main opposition party, Nepali Congress (NC), Sher Bahadur Deuba has said that the whole country has demonstrated national unity on the issue of national interest.

During the deliberation on the Constitution of Nepal (2nd amendment) Bill, 2020 at the ongoing meeting of the House of Representatives on Saturday, Deuba who is also the parliamentary party leader of the NC said that all Nepali citizens have supported the government to retrieve the Nepali territory. On the occasion, he also reminded of his party’s Central Working Committee’s decision to vote in favor of this amendment proposal.

“The NC will support the efforts to be made in the future to retrieve the land in real,” Deuba stressed, adding that the Nepalis will also show their unity in this regard.

Leader Deuba added that all parties' support to the Bill has shown national unity.  "Irrespective of the political parties and their ideologies, Nepalis have stood united for the integrity and sovereignty of the country," former PM Deuba said.

He also stressed that the Sugauli Treaty of 1816 has clearly stated that the territory lying to the east of the Kali [Mahakali] River belongs to Nepal. Even the maps published by the English and Chinese have shown the same boundary, he added.