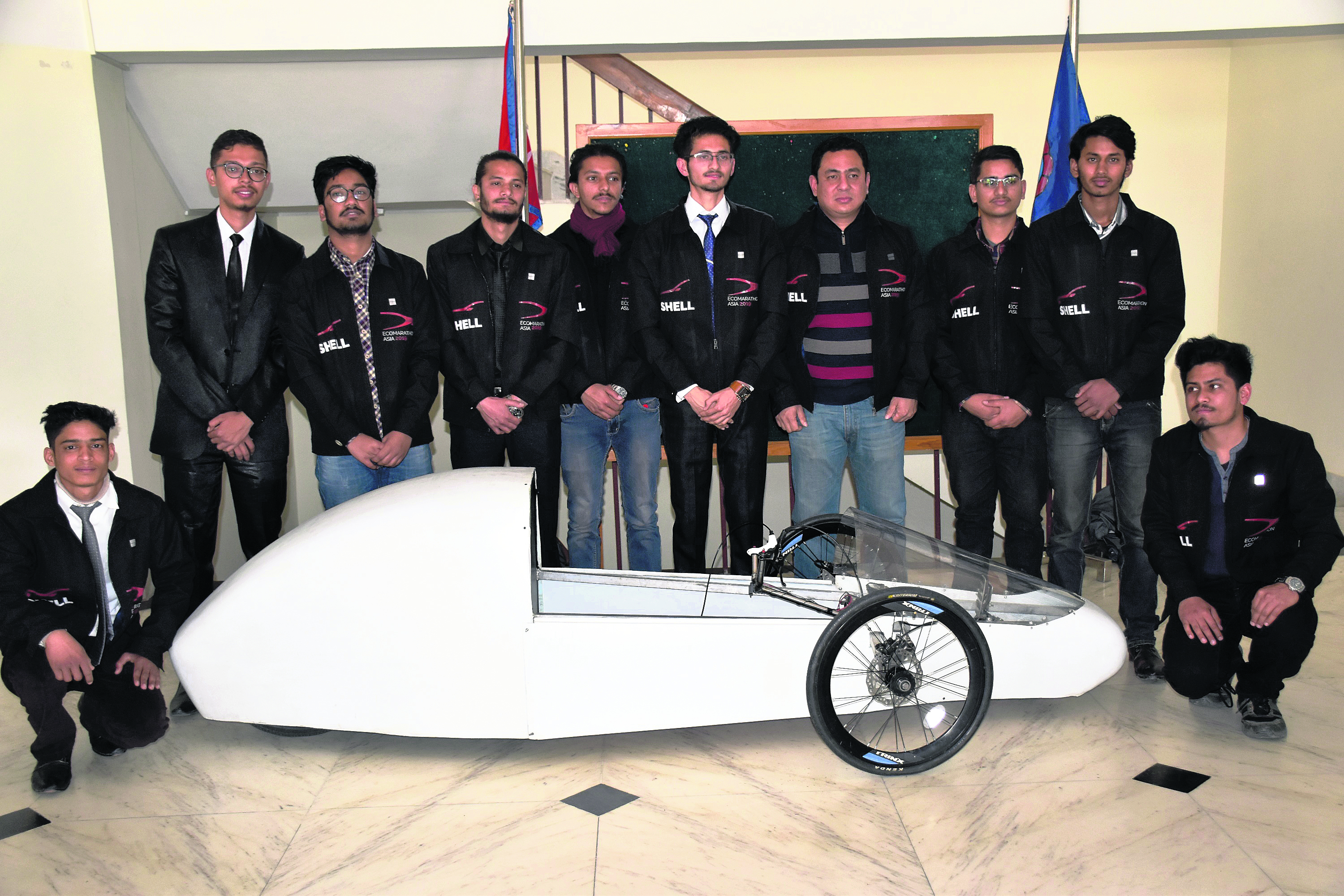 BANEPA, Feb 14: Nepal is participating in Shell Eco Marathon Asia 2019 for the first time. Students of School of Engineering of Kathmandu University are participating in this worldwide competition of energy effectiveness promotion entitled 'Make the Future' organized by Royal Dutch Shell – a British-Dutch oil and gas company.

Junkiri Group of the university will showcase a prototype of eco-friendly motor vehicle in the event. It took the group more than a year to build the prototype.

Of these categories, the Junkiri team is participating in prototype vehicle and gasoline engine internal combustion engine categories.

“We have sent our application for the event as per its requirement. It was approved at one try. After that, we started to build our prototype,” Sagar Thapa, team manager of Junkiri, told Republica.

They are working for this competition under the guidance of Department Head Danial Tuladhar and engineers Bijendra Shrestha and Pratithit Lal Shrestha.

Based on the criteria set by the company, Junkiri made this prototype vehicle using 50 cc internal combustion engines (KU 1.0) with support of mechanical and technical training center of the Engineering Department of KU. Although the university has been applying for this competition since 2017, it had not materialized due to several reasons, Department Chief Tuladhar, said.

The event will take place in Malaysia in April, 2019.

“With this participation, KU has seen a possibility of professional development along with research sector. This is the time to forge cooperation with the private sector in the country's automobiles sector,” he added.

Social media is ‘dangerous’ to women journalists in Nepal

Women journalists say that their Facebook and Twitter inboxes are filled with ugly messages soon after they put forth 'different... Read More...

341 Nepalis living abroad have succumbed to coronavirus as of today

KATHMANDU, March 7: The number of Nepali nationals dying of the coronavirus has reached 341 with two more Nepalis succumbing... Read More...

47th annual function of JAAN marked in the capital