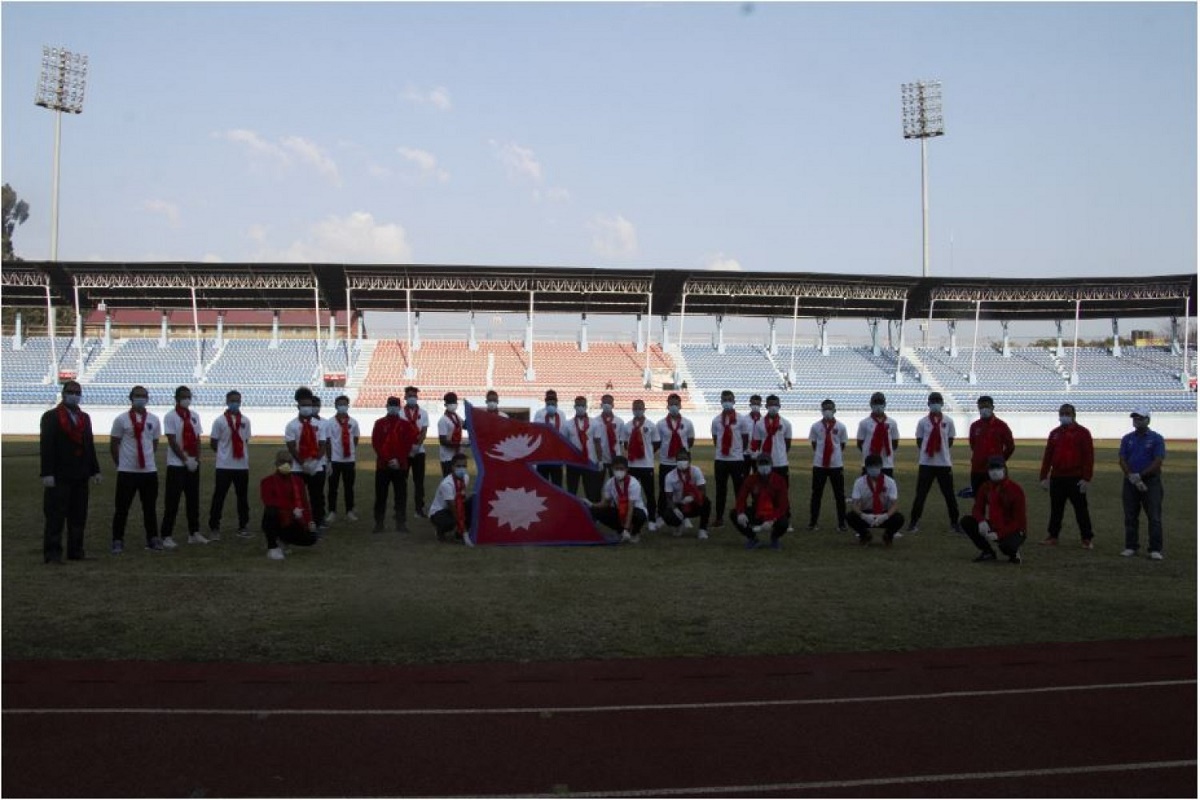 KATHMANDU, Nov 5: Nepali National Football team on Thursday left for Bangladesh to play a friendly match with a Bangladeshi power.

The Nepali team is playing two friendly matches with Bangladesh for the selection of FIFA World Cup second round.

The team comprises eight new players as some of the regular national players tested positive for COVID-19. National player Rohit Chand also failed to participate in the match due to an injury.

The team will play against Bangladeshi National team on November 13 and 17. The team is under the supervision of coach Bal Gopal Maharjan.

Players in the Nepali squad:

KATHMANDU, Aug 31: A 29-member Nepali football team is leaving for Bangladesh on September 2 to take part in the... Read More...

IPOs worth Rs 1.21 billion to be issued
34 minutes ago