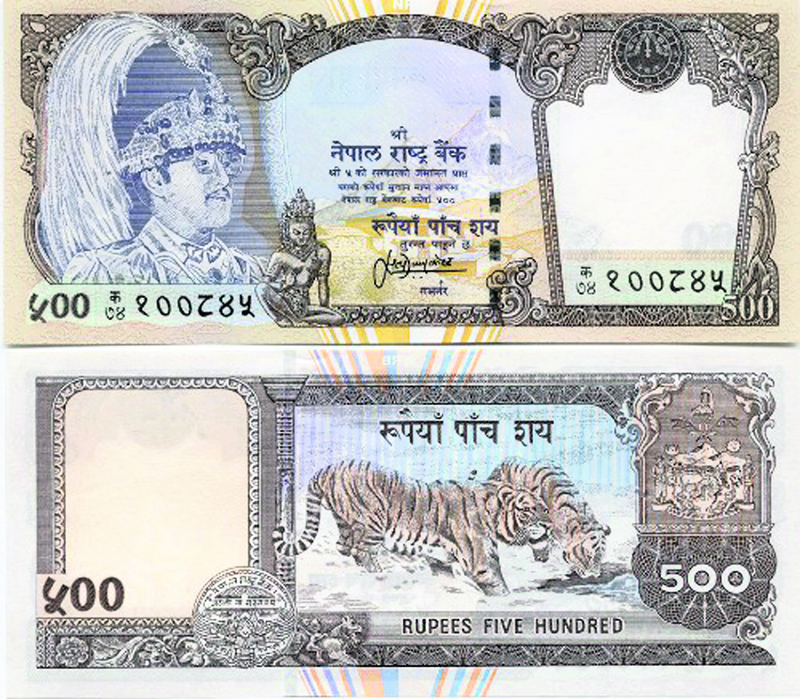 KATHMANDU, March 9: Three Nepali currency notes and a coin have made it to a list of "the world's most beautiful currencies" this year.

The Telegraph has included three Nepali notes -- Rs 500, Rs 5, Re 1 notes -- and Rs 2 coin on its list. The British daily has listed Rs 500 bill quoting "Nepal boasts some lovely notes, such as this one showing two tigers in great detail". Likewise, it has said "Animals feature strongly here too--these are two yaks, which are important in Nepalese culture" about Rs 5 note on its website.

"The simplicity of colors stands out on this one rupee note" said the telegraph of the Re 1 note. Similarly, the newspaper has listed Rs 2 currency of Nepal for its uniqueness in terms of its looks.

"A man herds buffalo [oxen] through a field on this whimsical Nepalese coin" said the Telegraph about Rs 2 coin. A currency each from Czech Republic, Mexico, Egypt, France, Namibia, Samoa, Uganda, Bermuda, the Maldives, Australia, Switzerland, Trinidad and Tobago, and New Zealand have also been placed on the list.

Similarly, two currencies each from Burma and Kazakhstan have been listed, respectively.

NEW YORK, Nov 4: This year there's a whole new class of women in power. Last year was a tough one... Read More...