KATHMANDU, July 13: A national survey conducted by the Central Bureau of Statistics (CBS) showed that infant mortality and under-five mortality rate has significantly declined in Nepal in the last 5 years. However, the survey has shown dismal performance in health insurance coverage in Nepal.

NMICS 2019 covered 12,800 households in Nepal. Besides, water quality testing for E.coli bacteria and arsenic was performed in 2,536 households. The survey was commissioned by CBS from May to November 2019 as a part of the sixth round of the global MICS household program. 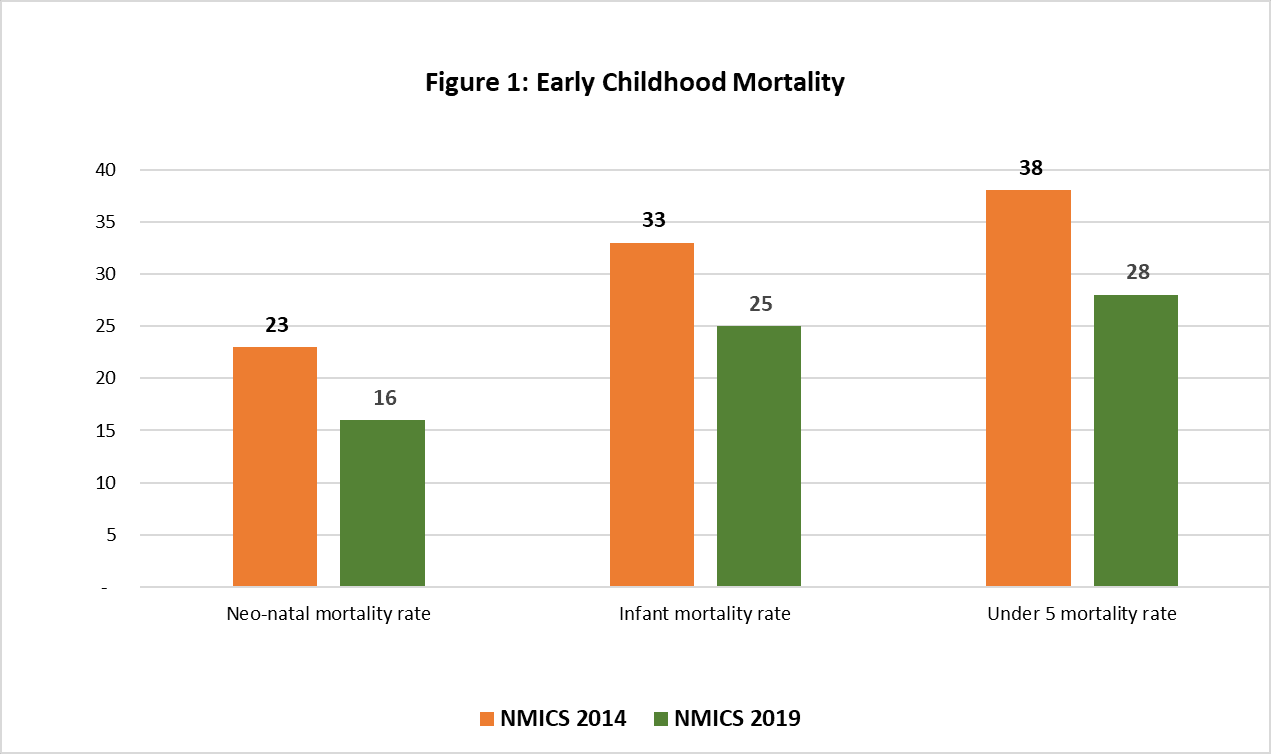 In terms of access to mass media and the use of information/communication technology, the survey showed that one out of every two (51.1%) households have reported having access to the internet by any device, which indicates the significant use of the internet at home.

One in every two women uses a contraceptive

The survey showed that one in every two (46.7%) of women, aged 15-49 years, who are currently married or in the union, are reported to have been using a modern or traditional contraceptive method. Also, among the women aged 15-49 years with a live birth in the two years preceding the survey, 77.5 percent delivered at a health facility, 79.3 percent were delivered by skilled health personnel, and 15.3 percent were delivered by cesarean section (C-section).

The other areas that Nepal can cherish are the improvement in child health. According to the survey, underweight and stunting prevalence amongst children under five has declined from 30.1 and 37.5 in 2014 to 24.3 and 31.5 in 2019 respectively in the five years.

The survey showed that Nepal lacks the practice of birth registration, though many know it was necessary. "Although a high proportion of mothers or caretakers of children under five (86%) know how to register a birth in Nepal, registration is still not widely practiced, with only 77.2% of births registered", it said.

Also, 10.6 percent of the children aged 2-17 years are reported to have some functional difficulties in at least one domain that includes hearing, vision, communication/comprehension, learning, mobility, and emotions.

Men are happier than women

The survey showed that men are happier than women in terms of life satisfaction.

2,559 new cases detected across country, 937 in Kathmandu Valley
4 hours ago

FDI realization stands at 34 percent of the pledged amount in the past two and a half decades: NRB
12 hours ago

Weeklong lockdown in three wards of Sindhuli district
9 hours ago