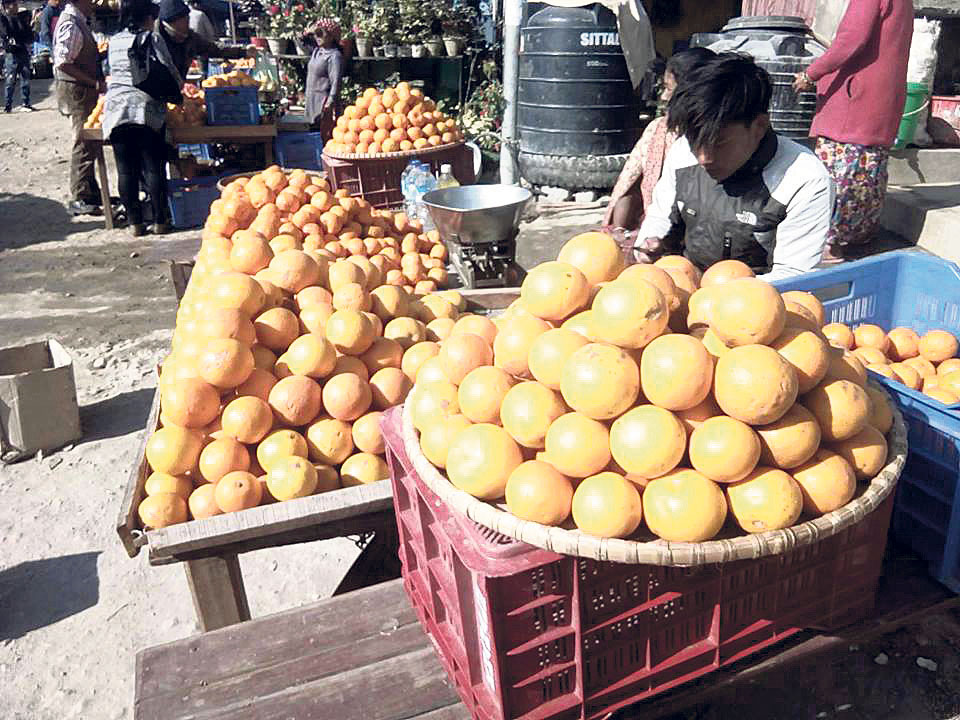 SINDHULI, Feb 4: Junar, Nepali sweet orange, is not eligible to be exported to the Chinese market owing to quality control issues imposed by the Chinese authorities.

Experts say that the agreement reached between the two governments was flawed, due to which the product is regarded ineligible for the Chinese market. A clause in the agreement states that the gardens in which sweet oranges are grown should be free of insects or sources that threaten to contaminate the fruits.

Nepal’s Junar development association claims that farmers have to bear an unreasonable amount of cost to get rid of the insects in the gardens, which will render the product non-competitive in the market due to high price.

Deepak Koirala, president of the association, said: “The agreement reached between the two governments was not helpful from the very beginning.”

Similarly, chief of Agricultural Modernization Office, Dev Raj Adhikari, said: “It is not financially feasible for farmers in the hilly region to free their garden of seven different types of sources that pose potential threats to degrade the quality of fruit.”

Simply put, the cost associated to get rid of the potential threats in the gardens would reflect on its market prices and would strip the fruit of its competitive edge in the Chinese and also the domestic market.

Experts said the revenue of farmers in the region could double if the fruits found its way to the Chinese market.

Junar in cold storage rot in lack of market

KATHMANDU, Feb 21: ​Export incentive program, which was introduced by the government in FY2011/12 to ramp up exports, has failed to... Read More...