Nepali Hindus observe Bhaitika, the most important day of Tihar (with photos) 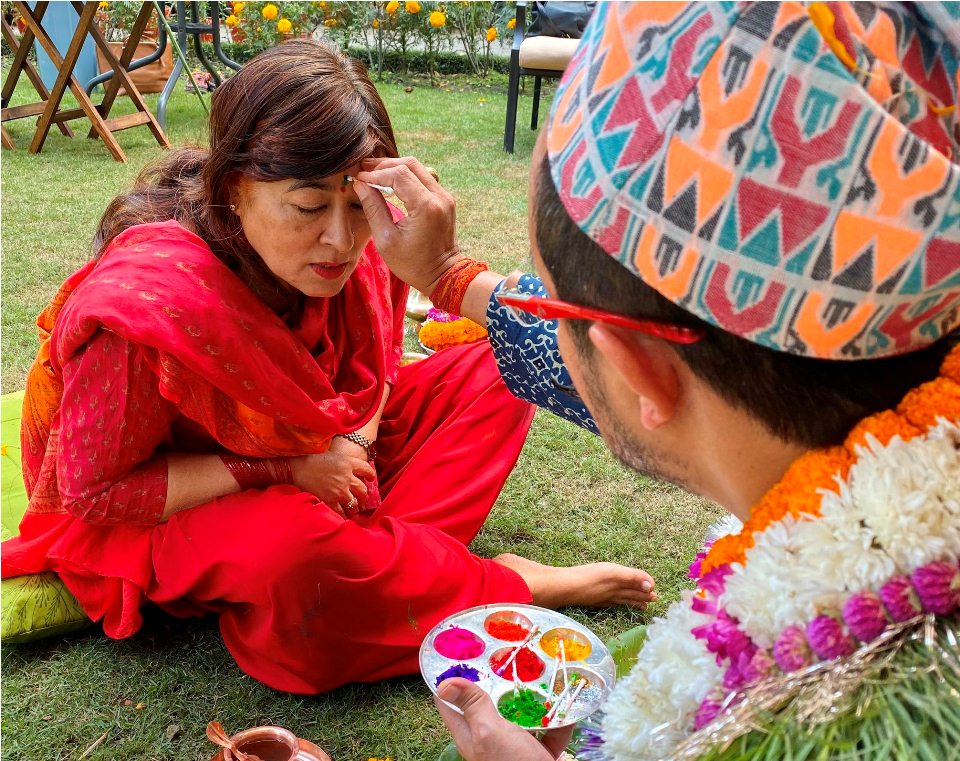 KATHMANDU, Oct 29: The most important day of Tihar, the festival of lights, was observed on Tuesday.

Sisters throughout the country offered 'tika' to their brothers while wishing them happiness, long life and prosperity on the occasion of Bhaitika. 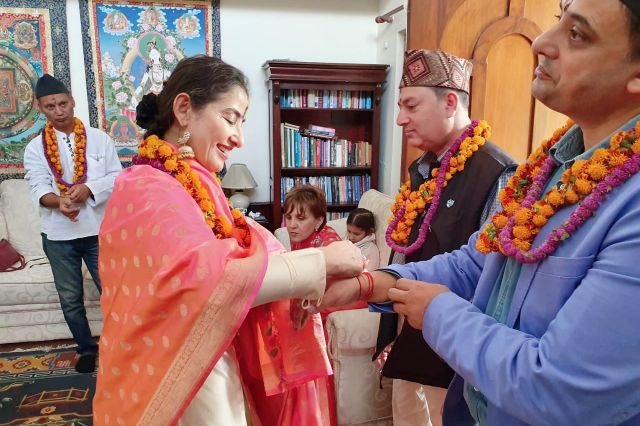 In return, the brothers pledged to protect their sisters from all kinds of adversities. The auspicious time for offering the tika was 11:55 am. 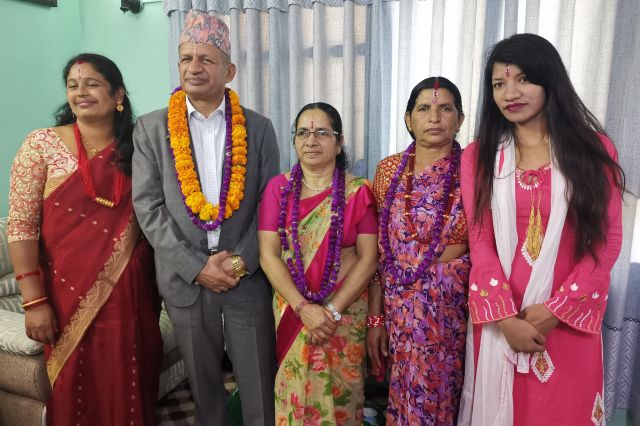 Brothers seated at a specially anointed place around which a trail of mustard oil was drawn. The sisters offered the brothers tika and garlands of 'Dubo' and 'Makhamali'. 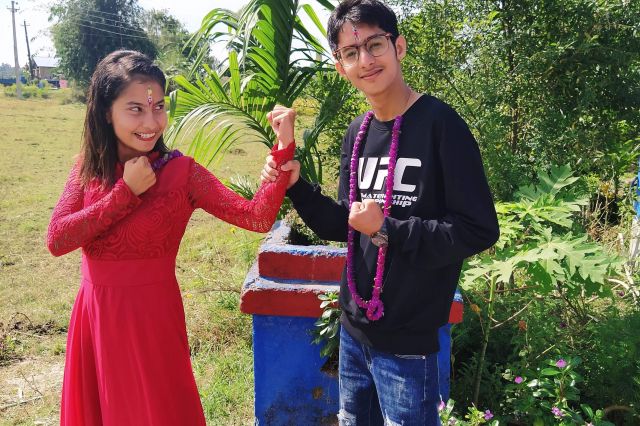 After placing colourful tika on the foreheads of their brothers, sisters offered them a treat consisting varieties of sweets, walnut, spices and 'Sel', a special kind of bread cooked in oil. 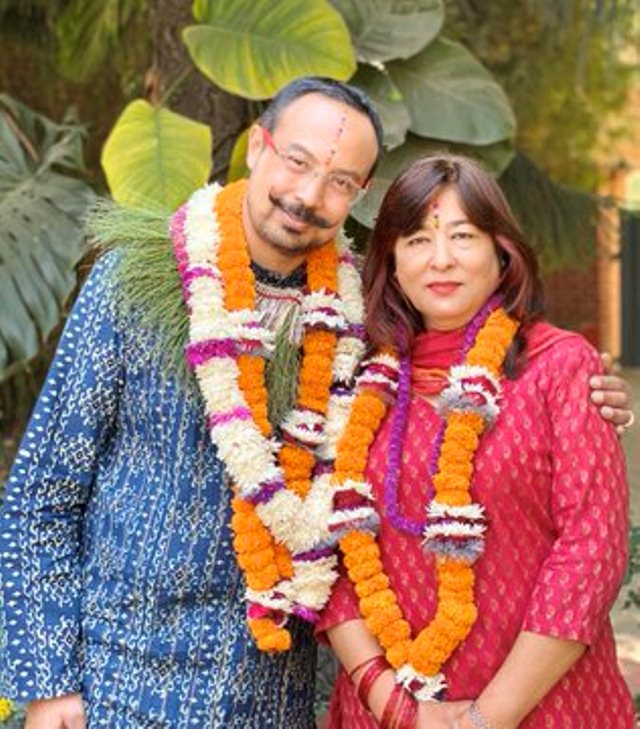 Brothers also offered their sisters tika in return, wishing them happiness and good luck, and give them presents.

The occasion commemorated a legendary event in which a sister won a boon from "Yama", the deity of death that her brother would not die until the mustard oil is dried up and the garland of 'Dubo' and 'Makhamali' faded. 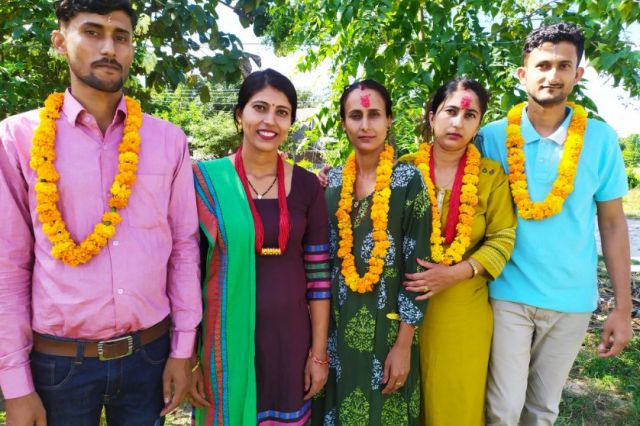 The Bhaitika tradition is so strong in Nepali society that even those who have no brothers or sisters of their own receive tika from others whom they regard as brothers and sisters. 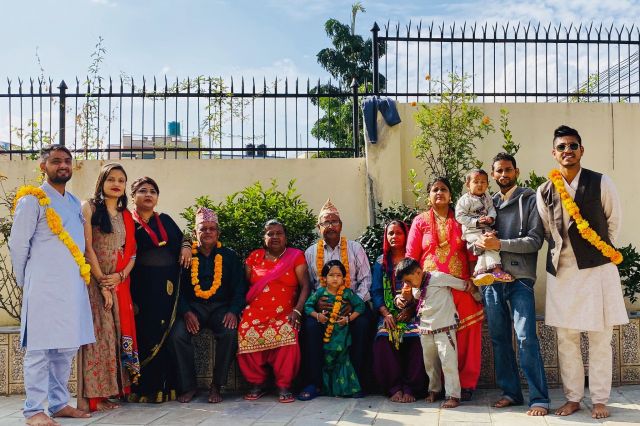 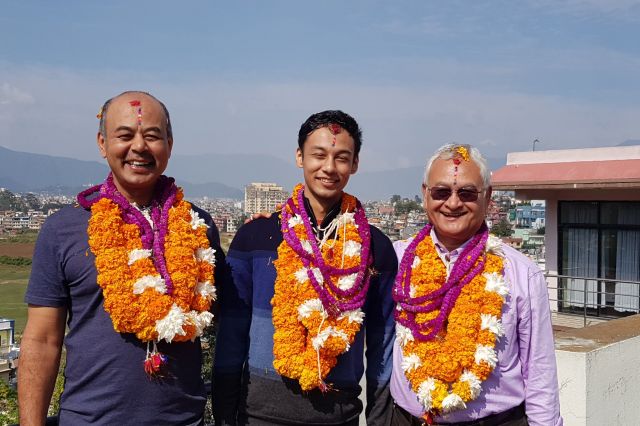 In a special ceremony held on the occasion of the Bhaitika festival, President Bhandari put offered tika and garlands of makhamali and blessing to the two brothers, said President's Chief Personal Secretary, Bheshraj Adhikari.

She also presented dry fruits and sweets to her brothers. The president’s brothers also presented her the gifts on the occasion. Prior to this, President Bhandari performed the rituals of paying homage to the lamp, kalasha (the holy urn), Ganesha as well as the Ashtachiranjivi and the Yamayamuna deities as per the time-honoured tradition. 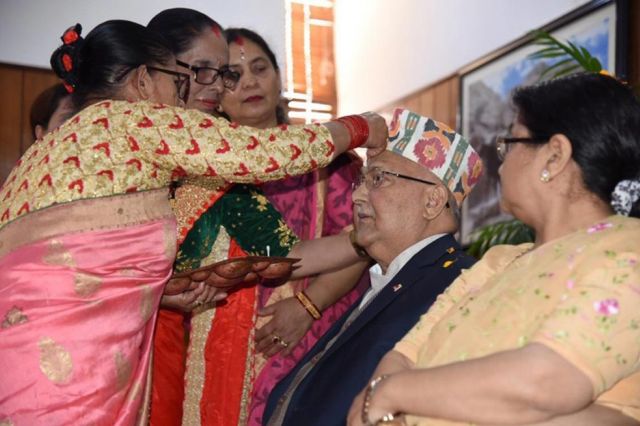 KATHMANDU, Oct 29: The most important day of Tihar, the festival of lights, is being marked today with sisters offering... Read More...