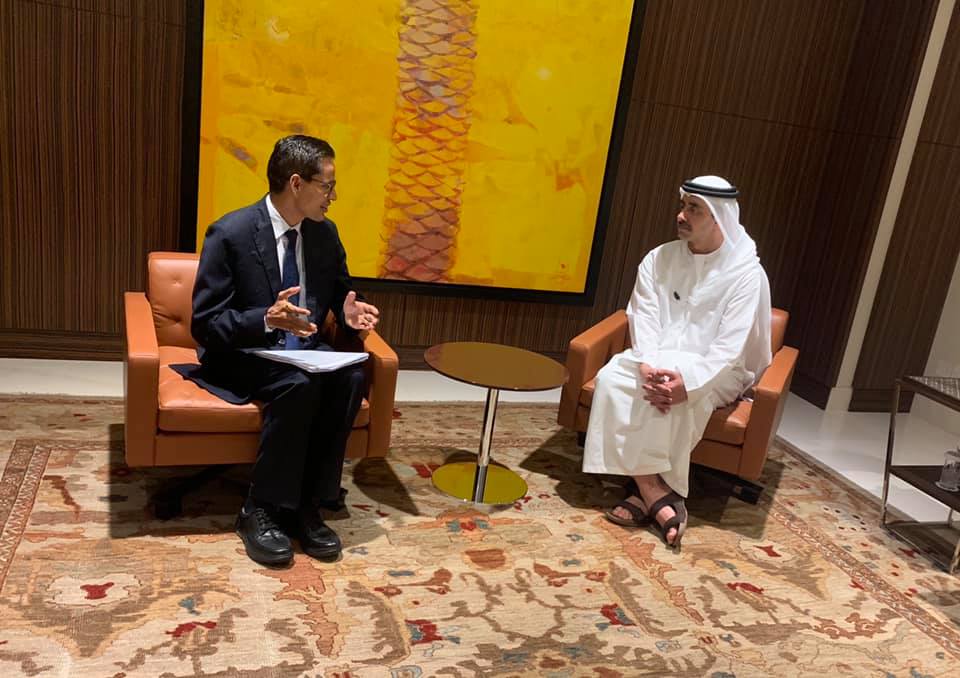 According to a press statement released by the Nepali embassy in Abu Dhabi, during the meeting, Nepali envoy Dhakal appreciated the excellent bilateral relations between Nepal and the UAE that has been marked by friendship and cordiality ever since the establishment of diplomatic relations in 1977.

In his response, foreign minister Zayed Al Nahyan expressed that cooperation between Nepal and the UAE would be enhanced in the days ahead at all levels assured his full support to foster better relations between the two countries. He praised Nepali people living and working in the UAE for their hard work and honesty as well as their contribution to the development of the UAE, the statement reads.

During the meeting, both discussed various matters of mutual interest including trade, investment, tourism, air services and the preparation of 'Expo 2020 Dubai'.