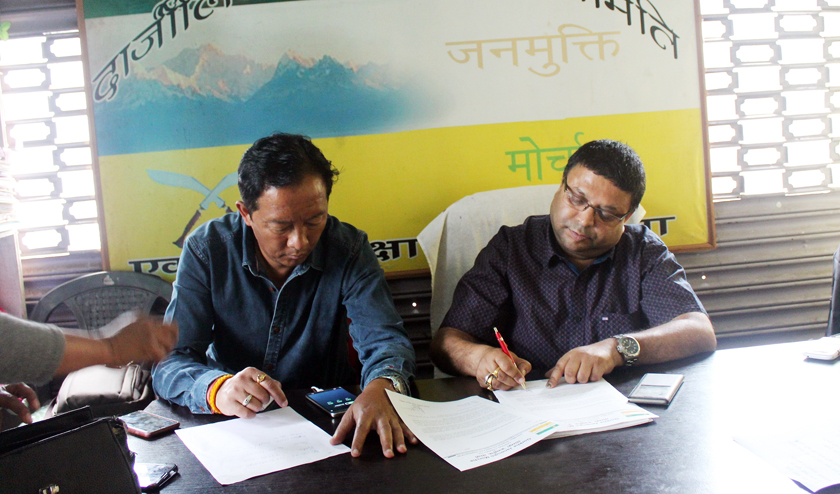 DARJEELING, June 12: Nepali-speaking community in Darjeeling has been on a warpath over the West Bengal government’s decision to include Bengali language as a compulsory text in schools’ curriculum.

A majority of Nepali speaking people have been hitting the streets since last three days in Kurseong, Kalimpong, Darjeeling, Mirik, demanding withdrawal of the government’s decision to include Bengali langue in the school’s curriculum.

The agitation led by Gorkha Janamukti Morcha (GJM) has announced bandh on every Monday as part of protest.

According to Joint General Secretary of the GJM, Binaya Tamang, they are staging a torch rally on Monday evening.

Currently, Nepali, Hindi and English languages are being taught as compulsory text in schools in the hill region of West Bengal.

According to Education Minister Partha Chatterjee, one of the three languages – English, Nepali and Hindi – will be removed from the school’s curriculum after Bengali is included.

There is no possibility of teaching four languages in schools under the three-language formula. Nepali-speaking people are speculating that Nepali language may be removed if Bengali is included as the text book in schools which will incur injustice to the Nepali Diaspora.

GJM, the only custodian of Nepali language in Darjeeling, is not in good terms with West Bengal government after Mamata Benarjee took charge as chief minister of the Indian State of West Bengal.

GJM has accused of Chief Minister Benarjee of blatantly attacking the Nepali language to intentionally weaken the Gorkhaland Movement.

“Chief Minister Benarjee has been playing a role to politically attack the Nepali language in order to foil the Gorkhaland Movement,”   GJM General Secretary   Roshan Giri told Republica. “Bengali is an optional subject. Our demand is that Bengali should be remain as an optional text in school’s curriculum in the region where Nepali-speaking people hold a majority.”

Indian government had given recognition to Nepali language on August 20, 1992.

Of the total 22 government languages in India, Nepali language is in the eight position.

It is estimated that there are around 40 million Nepalli-speaking people in India while 1 million in the proposed Gorkhaland alone.

Darjeeling locals on warpath after Bengali is made a compulsory subject

DARJEELING, June 12: The Nepali-speaking community in Darjeeling has been on the warpath over the West Bengal government's decision to include... Read More...