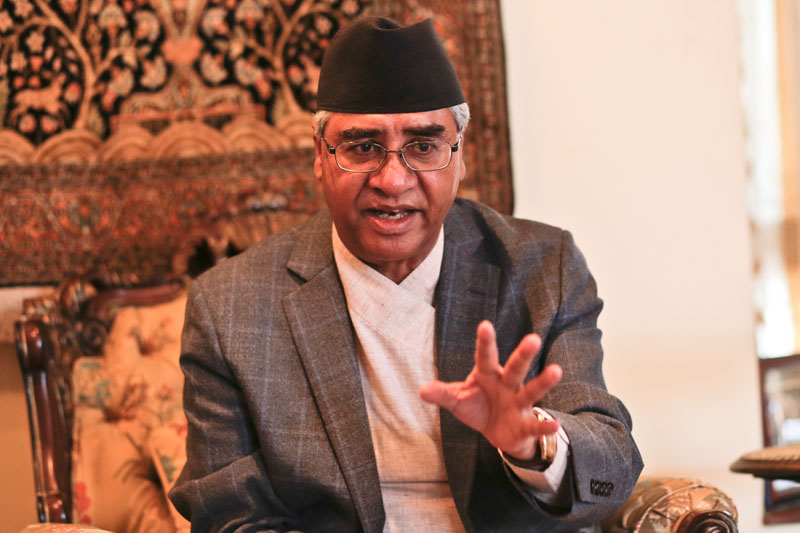 KATHMANDU, JUNE 28: The main opposition party Nepali Congress President Sher Bahadur Deuba warned the government against their continuous attack on democracy. He stated that his party would overthrow the government if it continuously attacked the country's democracy.

"The bills that this government is trying to get passed are entirely against the press and individual freedom. We won't let this happen," Deuba asserted. "We fell the Rana regime and also the Panchayat System. It will take us no time to repeat history against this communist government," he added.

Speaking at the program, another Congress leader Ramchandra Poudel questioned the credibility of the two widebody aircraft purchased by the national carrier some time back. "The purchase process should be looked at and respective culprits should be brought to justice," he said.

" Since the communist government is unable to control corruption, the country now awaits a major crisis. If the government still does not take necessary steps, the situation will get worse," Poudel claimed.

Deuba asks party cadres and others not to exert undue pressure from the streets to the court on sub judice... Read More...

China to provide additional 300,000 doses of COVID-19 vaccines to Nepal under grant assistance
3 hours ago