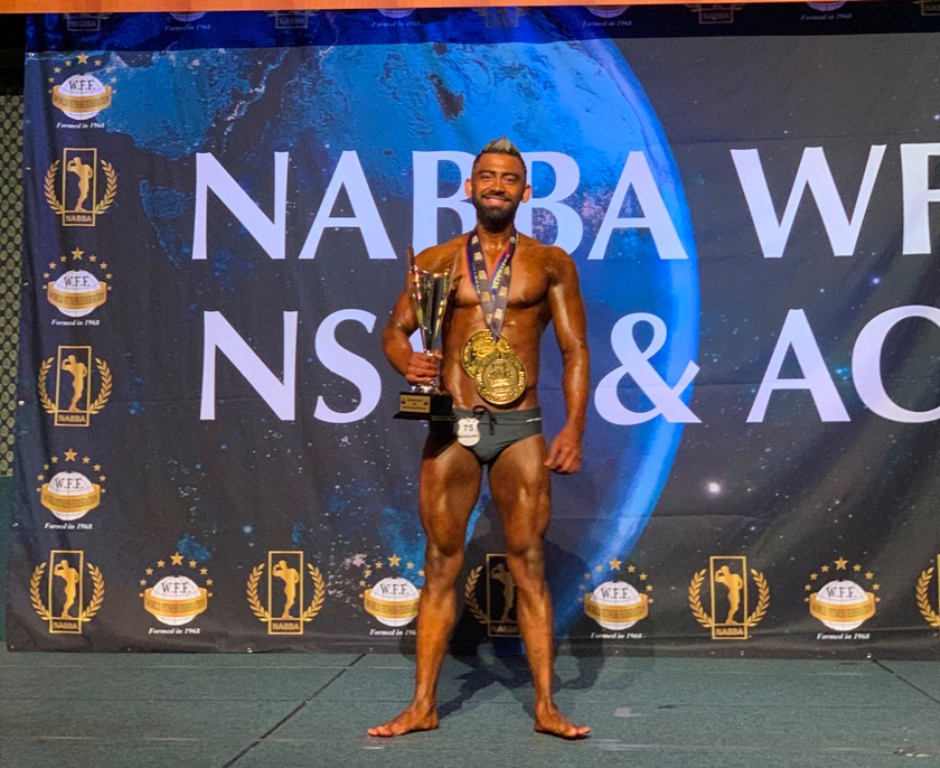 KATHMANDU, Oct 20: Prem Raj Bhatta, a Nepali bodybuilder has bagged the title of ‘Champion of Champions’ in an international bodybuilding competition held in Australia on Sunday.

Bhatta has clinched the title of male physics category in New South Wales, Australia Title 2019 World Body Building Contest. With this win, he will represent New South Wales in the national games of Australia. He participated from Nepali Club Fitness Nepal, Shapes 2 (Kathmandu) in that provincial game.

Contesting in Beginner and Short Height (172 cm) under male physics, he won a gold medal in both the events. After that, he again won gold in the completion held among the players who had made it to the next round. To be named the champion among the champions, he defeated 150 players.

“I feel immensely proud to represent the country and glorify its name,” Bhatta who is from Kanchanpur said adding, “This has inspired me to work harder.”

March 2: A 99-year-old Australian swimmer appears to have smashed a world record for his age group in the 50m... Read More...

A strong fourth innings fightback that had nearly clinched a remarkable record run chase in the first test loss to... Read More...

Why I think Rabindra Mishra is right
15 hours ago

Harvesting yartsa gunbu during the pandemic
21 hours ago