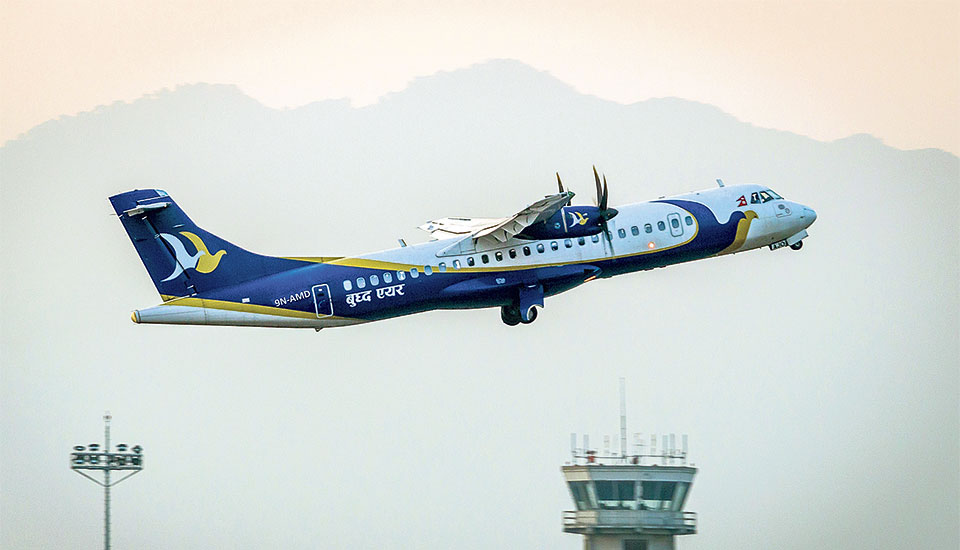 KATHMANDU, May 29: The announcement of Buddha Air to operate scheduled flights between Nepalgunj and New Delhi is expected to benefit the country's tourism industry.

Nepalgunj is evolving as a hub for Kailash-Mansarovar pilgrims in recent years.

“We are starting Nepalgunj-New Delhi flight in order to bring about economic revolution in the mid-western region,” Birendra Bahadur Basnet, managing director of Buddha Air, told Republica. He added that highly ranked officials of the ministry has assured the airline to give flight permission at the earliest.

According to Basnet, the airline has sought permission to operate three flights a week.

“Although, the target is to bring tourists traveling to Kailash-Mansarovar region of Tibet via Humla, the major motive behind this flight is to contribute to economic prosperity of the country,” Basnet told Republica.

“Our vision is to serve 70,000 passengers annually to support economy of the mid-western region,” he added.

He added that the airline plans to operate daily flights to the Indian capital city from Nepalgunj.

Earlier, the airline has already announced to operate direct flights between Kathmandu and Kolkata (India) from September.

“We will begin our flights once the government builds terminal building, and arranges immigration and customs facilities,” Basnet added. “If the government assures us to arrange these facilities within five or six months we will promote the route aggressively in the international market.”

“Not only religious tourists, we will focus on high-spending tourists. We are hopeful of receiving support from all the stakeholders, including government agencies, to achieve our goal,” he added.

KATHMANDU (REPUBLICA): Minister for Culture, Tourism and Civil Aviation Rabindra Adhikari has said that increment in price of flights to remote areas is justifiable than operating chartered flights there.

Speaking at an event organized to make public activities carried out by the ministry during his first 100 days in office, Adhikari said scheduled flight is always better than chartered flights.

He was referring to the ministry's decision to end charter flight services in Karnali Province and Province 7.

Ending a cartel of airlines companies that were operating chartered flights in the remote airfields of the two provinces in the western part of the country, Adhikari said that he was hopeful that the decision will provide some relief to local people. “The decision had to be taken to discourage airlines from providing services on profitable routes only,” Adhikari said at the program. “Airlines may not earn profit from the newly-opened Rajbiraj Airport in the beginning. But we are concerned more about better service to people than profit margin of airline companies. They must operate scheduled flights.”

Talking to Republica, Ghanashyam Acharya, the spokesperson for Airlines Operators Association of Nepal (AOAN), welcomed the decision, stating that the decision to end chartered flight services in remote areas was a step forward toward ending syndicate of airline companies.

He further said that AOAN strongly believes that this policy will benefit all the airlines companies interested to operate flights in remote areas.

Airline companies like, Tara Air, have been operating chartered flights to several remote airfields of the country.

KATHMANDU, May 31: Minister for Finance Yuba Raj Khatiwada has said that expansion of internal tourism should be the priority if... Read More...

KATHMANDU, May 11: One aspect of India Prime Minister Narendra Modi’s two-day visit to Nepal is religious. He started his third... Read More...