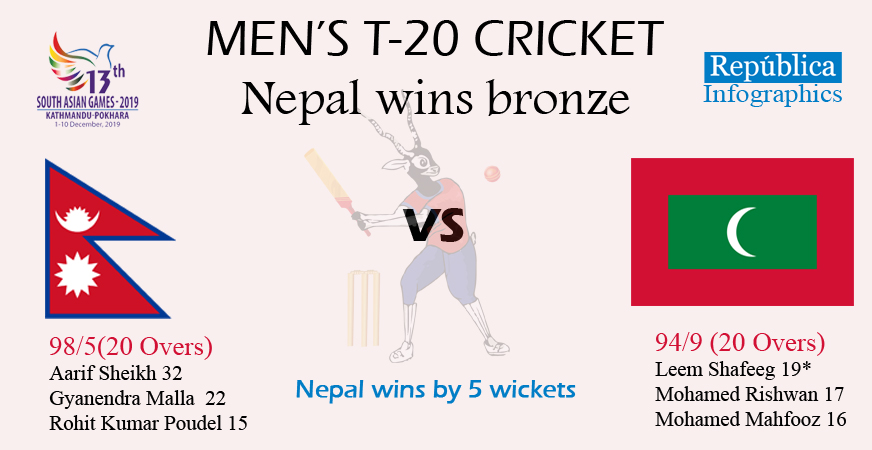 In the match played at Tribhuwan University cricket ground, Kirtipur on Monday, Nepal defeated the Maldives by five wickets.

Earlier, Nepal invited the visiting team to bat first after winning the toss. The Maldives could score only 94 runs in 20 overs for the loss of 5 wickets. Leem Shafeeg and Mohamed Rishwan contributed 19 and 17 runs respectively for their team. Similarly, captain Mohamed Mahfooz scored 16 runs.

Bangladesh U-23 and Sri Lanka U-23 will play for gold later this afternoon.