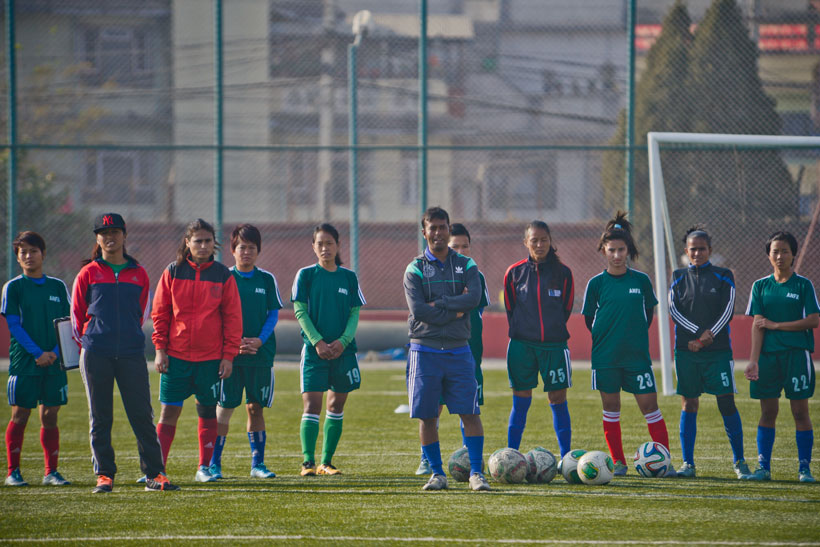 KATHMANDU, Dec 2: India has been a dominant force in the South Asian football, winning the SAFF Championship for  record times in both men's and women's football.

Unlike in the men's football, Nepal has been the toughest opponent for India in the women's football given the two nations' battle in all three finals of the SAFF Women's Championship so far. However, Indian women have been the nemesis for Nepal in all occasions, winning all three finals.

Nepal's primary target in every edition of the SAFF Women's Championship has been beating India in the final.

However, this time Nepal's head coach Kumar Thapa is not thinking about final but is concerned about the semifinal opponent.

“I expect SAFF Women's Championship to be different from the last three editions. So, it's too early to think about summit clash between Nepal and India,” said head coach Thapa.  “My major concern for now is whom we are going to meet in the semifinal because all the potential semifinalists from another group are equally tough this time.”

Nepal is pitted in Group A along Bhutan, the Maldives and Sri Lanka in the SAFF Championship to be held in India from December 26 to January 4. Similarly, Group B comprises of India, Afghanistan and Bangladesh.

“India is strong team in the championship. Though we are the second successful team in championship, it would be a mistake to take Bangladesh and Afghanistan lightly this time given their improvement in the last two years,” added head coach Thapa. However, he was confident of Nepal making to the last four of the tournament. “Comparatively, we have an easier group. So progressing to the semifinal shouldn't be difficult for us,” said Thapa.

Nepal will kick off the championship against Bhutan on December 26. Similarly, it will face the Maldives and Sri Lanka in other group matches on December 28 and 30 respectively.
Nepali team has started the closed camp from Sunday with the preliminary squad of 30 players selected by Thapa alongside ANFA Technical Director Chiaki Thakeda, ANFA coaches Sunil Kumar Shrestha, Mrigendra Mishra and Ashmita Khawas.

The preliminary squad comprises of 4 goalkeepers, 10 defenders, 9 midfielders and 7 forwards who were selected from a shortlist of 42 players. Initially, ANFA had called 72 players for seletion.

The current squad consists of 14 new players and 16 national players who were part of the team that reached the final of the last edition of the SAFF Championship held in Pakistan. Goalkeeper Lila Lamgade, defender Bhagwati Thapa, midfielder Sajana Rana and striker Anu Lama are the absentees due to injury problems. All four players have been important members of the national squad. However, head coach Thapa is confident of new players filling the void left by them.

“We have many talented young players. So, I don't think we will have to rely only on old guards. I am very hopeful from young players we have in the squad,” said Thapa.
All the 14 new players were selected on the basis of their performance during the recently held Chief of Army Staff Women's Football Tournament (CoAS).

Head coach Thapa said that he has initiated new training regime in the ongoing preparation for the SAFF Championship. “As I am going to play this team differently than by the past coaches, I am training them accordingly. I have felt that the players are struggling to fit in the new regime I have initiated,” said Thapa, adding, “I will not select those players who won't adopt my system which I want to use in the championship,” said Thapa.

He also informed that he will give priority to the players who can play in multiple positions when finalizing the final squad of 20 players after two weeks.

Head coach Thapa also informed that he will primarily use 4-2-3-1 format with two midfielders holding the midfield and four attackers upfront including one lone central forward.

“In the past, women's team used to use flat 4-4-2 format. But this time, I am going to use a different one. With the new approach, we will use two midfielders and extra two players helping the defense and attack,” said head coach Thapa while giving insight on new playing style.

“We will play short passes, stress on pressing the opponent to lose the ball and make mistakes in the dangerous areas,” head coach Thapa shared his plan.

Thapa said that defense is the main strength of the team while and is cautious in need of improvement in attacks. “We have still more than two weeks to train so I think we can overcome the weaknesses we have,” said Thapa. He is also informed that he has asked ANFA to manage two friendly matches before leaving for India.

Thapa is not in a mood to favor national players just because of their names and past performances. “I have said to all the 30 players to prove their worth in training session before I finalize the 20 names. I won't choose anyone by looking at their names and past contributions,” said head coach Thapa.

He also hinted that he could pick plenty of newcomers due to their strong physique, energy to press ahead and good form. Former national player Thapa, who ended his two decades of playing career with Armed Police Club (APF) last year, has recently completed his AFC A license and is facing a big test in his coaching career.

“This SAFF Championship is a very big test for me. I need to prove my coaching talent in this tournament or it will cause an early setback in my coaching career,” said Thapa.

“As all the past coaches have led Nepal to the final of the championship, I am feeling immense pressure to replicate that success with this team. It's a do or die situation for me,” Thapa said.