Nepal to play for prestige as it faces Yemen today 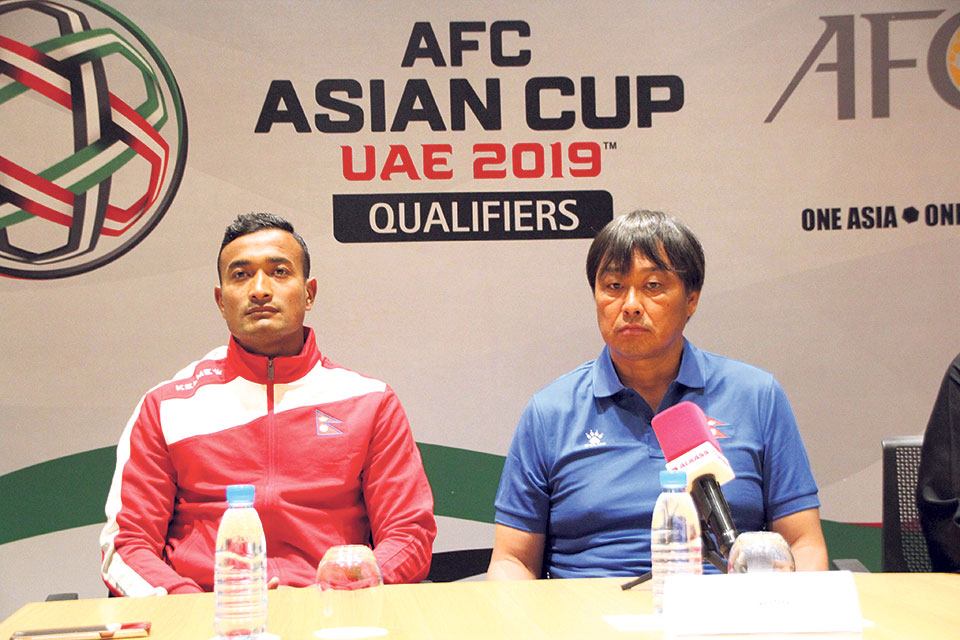 KATHMANDU, March 27: The national football team of Nepal is hoping to make positive end of AFC Asian Cup Qualifiers as it takes on Yemen in the last match on Tuesday.

The game which will see Nepal, who has already been knocked out of the tournament after losing three and draw in two of its games, will see the last match as a matter of prestige. Win in the last match will be a respite for the Nepal’s national team.

Nepal head coach Gyotoku Koji said that the upcoming match against Yemen is going to be a tough one as they did not get enough time to prepare for the match.

“We only got three days to prepare for the match as the national team players were very busy in the domestic tournaments,” said Koji said. “Yemen is a strong opponent. They are technically and physically stronger than us, but this match for us is important mainly for prestige.’’

However, for Yemen, the importance of the match is completely different as it has to win this to qualify for the Asian Cup to be held in the United Arab Emirates (UAE) next year.

The top two teams of each group in the tournament, which is being played in home-and-away format, will qualify to the Asian Cup. Nepal had been knocked out of the tournament following its 3-0 defeat against Tajikistan on October 10 last year.

Earlier, Nepal had also suffered a 2-1 defeat at home, while it lost to Philippines 4-1. Nepal is in group F including Philippines, Yemen and Tajikistan.

Nepal has played five matches in the group so far and has not won a single match. The Philippines is at the top of the standings with nine points, Yemen is second and Tajikistan is third with seven points. Both Yemen and Tajikistan have seven points.

Yemen is looking for a win as it is level on points with Tajikistan and a win will secure its ticket to the Asian Cup. If Nepal manages to defeat or even draw against Yemen, then Yemen has to wait for the result of Tajikistan. In the other match of the group, Tajikistan will take on the Philippines.  Nepal captain Biraj Maharjan said that he wants his team to win in its last match as they have already been knocked out of the tournament.

“We are playing in domestic tournaments for the last two months and we have taken this match as a preparation for the SAFF Championship,’’ Maharjan said.