Nepal to face UAE in its warm up game for WCQ 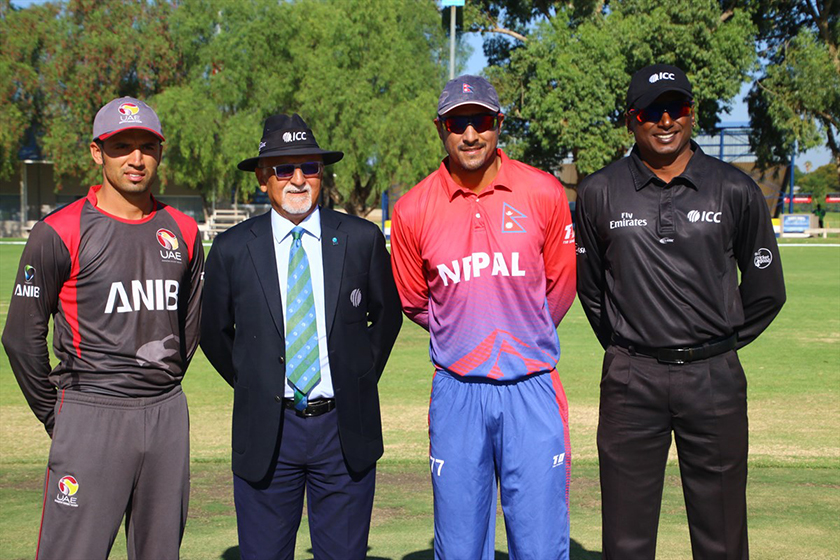 KATHMANDU, Feb 27: Nepal will play against the United Arab Emirates in its first practice match for World Cup Qualifier at Kwekwe, Zimbabwe. Both the countries have had a head to head match against each other, especially in the Division 2 games where Nepal initially defeated UAE by six wickets but lost by seven runs in the final game.

Nepal has been placed with Zimbabwe, Afghanistan, UAE, Scotland and Hongkong.

Nepal to face against UAE

KATHMANDU, Feb 15: After a nerve wrecking win against Canada, Nepal will face against the United Arab Emirates today in... Read More...

Nepal to face UAE in AFC U-23 opener