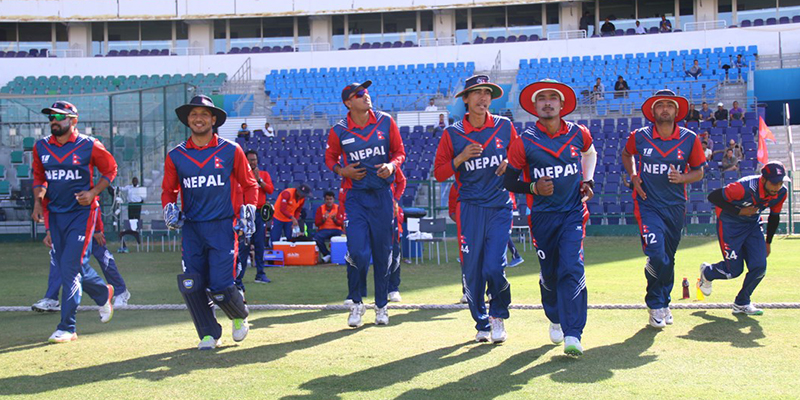 KATHMANDU, Dec 8: Nepal cricket team has won the toss and elected to field first in the final match of the WCLC 2015-2017. Sagar Pun who was rested in the first match has been included in the team replacing Shakti Gauchan. Karan KC is again excluded from the playing Xi whereas the replacement for injured Dipendra Singh AIree, Anil Sah also misses out from making his debut for senior team.

Nepal is playing the last match of the ICC World Cricket League Championship (WCLC) final round against United Arab Emirates (UAE)  on Friday at Sheikh Zayed Stadium, Abu Dhabi. Nepal suffered seven-wicket defeat on Wednesday. The 50-over per side match will start on 11:15 am Nepal Standard Time.

The positions of both the sides has remained unchanged in the eight-team contest as Nepal is in the sixth place with nine points earned from 13 matches whereas seventh-placed UAE extended its points tally to eight. Both sides have been relegated to Division 2 following their failure to cement their places in the top four of WCLC.

With a defeat to Scotland, Kenya has now been relegated to Division 2 before the second leg match that will be held on Friday.  Kenya will join Nepal, Namibia, the United Arab Emirates, Oman and Canada in Division 2 to be hosted in Namibia early next year. Two teams from Division 2 will earn the world cup qualifiers tickets.