KATHMANDU, April 19: Nepal thrashed Malaysia by nine wickets with 47 balls remaining in a match under the Tri-Nation T-20 Series played at the Tribhuvan University Cricket Ground, Kirtipur on Monday afternoon.

Nepal’s Kushal Bhurtel scored consecutive half-century to steer Nepal toward the convincing win. Bhurtel hit unbeaten 61 runs off 41 balls. Similarly, Aasif Sheikh added 42 runs from 29 balls before he lost his wicket in the 12th over. 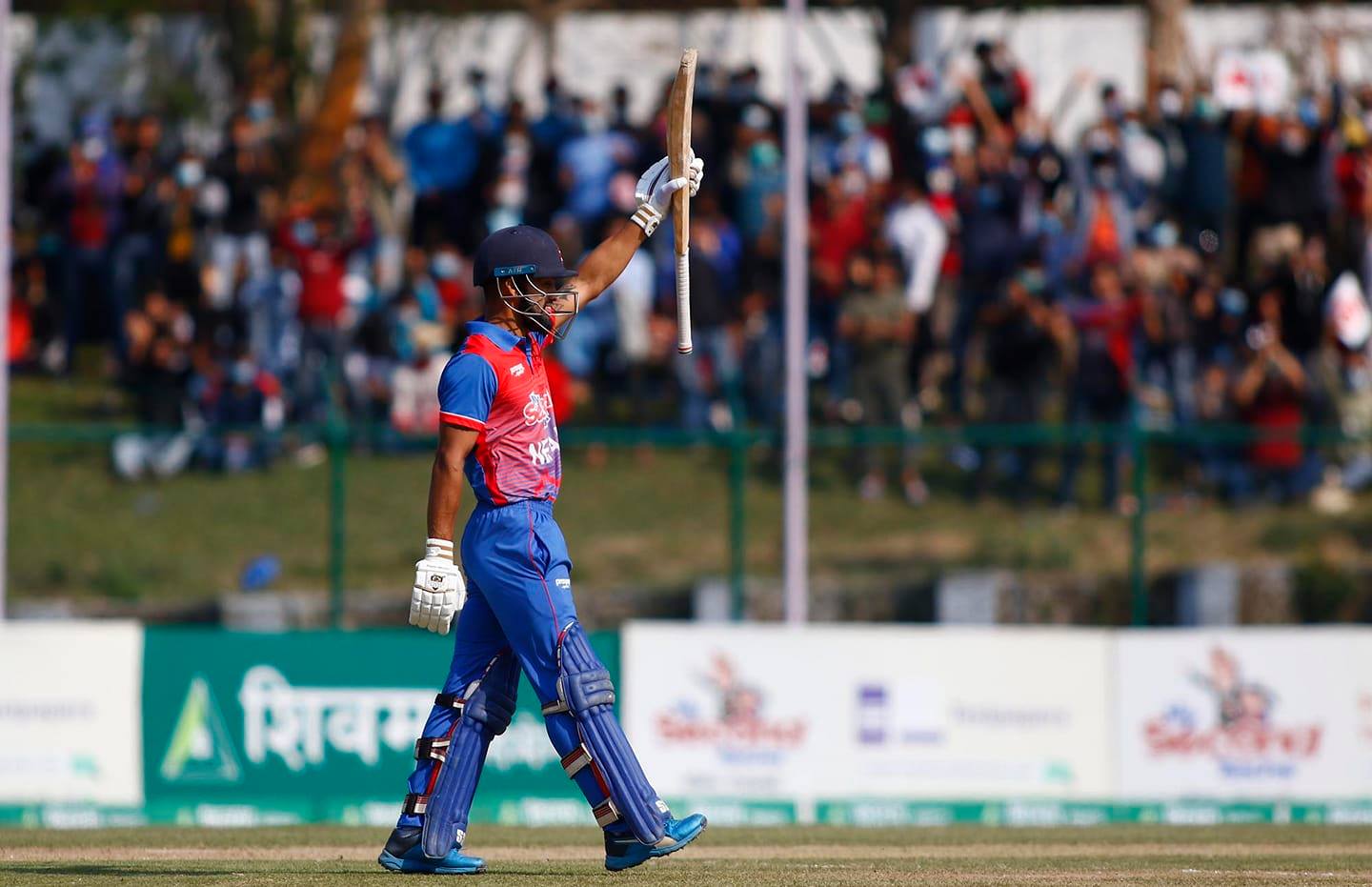 Malaysia posted a target of 110 after being invited for batting by Nepal, which had elected to bowl first after winning the toss. Nepal’s Karan KC took three Malayasian wickets conceding just 17 runs. He was also declared the player of the match. Sandeep Lamichhane sent two Malayasian batsmen to the pavilion while  Sompal Kami, Dipendra Singh Airee, Shahab Alam and Kushal Malla claimed one wicket each.

Except for Syed Aziz (27), Sharvin Muniandy (20) and Shafiq Sharif (15), no other Malaysian batsman could score a double-digit mark.

This is the second victory for Nepal in the ongoing series being participated by the Netherlands and Malaysia along with the host Nepal. Earlier, Nepal registered a nine-wicket win against Netherlands on Saturday.

Following this victory, Nepal is leading the points table with four points while the Netherlands are on the second spot with two points. Similarly, Malaysia is at the bottom of the table after conceding losses in two matches.

KATHMANDU, July 19: Study Plus is organizing the tenth Malaysia Education Fair in Nepal with the support from the Embassy of... Read More...