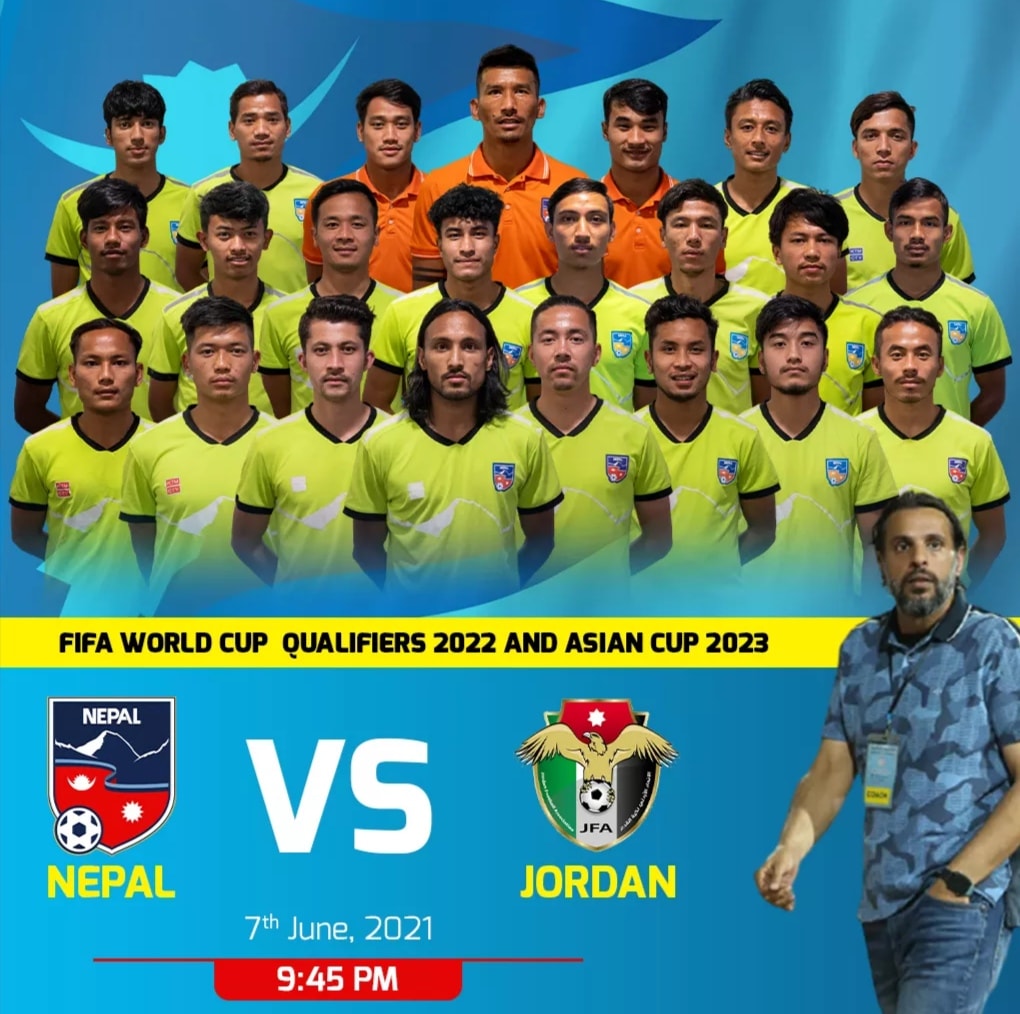 KATHMANDU, June 7: Nepal National Football Team is playing against Jordan in a match under the World Cup Asian Qualifiers on Monday evening.

The match is scheduled for 9:45 NST at aber Al-Ahmad International Stadium in Kuwait.

This will be the second encounter between two teams in the ongoing qualifiers. Earlier, Nepal lost to Jordan 3-0 in October, 2019.

Abdullah said Jordan is superior to Nepal but would go into the field with an aim of winning the game. "Many have termed us underdogs holding no chance against Jordan but every match starts at 0-0 and the result depends on the performance on the field. Our aim from the start is going to win the game," coach said. "Our goal is to qualify for Asian Cup Qualifiers and we need to win against Jordan for that."

Nepal earlier defeated Chinese Taipei 2-0 at the same venue on June 3 with goals from Anjan Bista and Nawayug Shrestha.