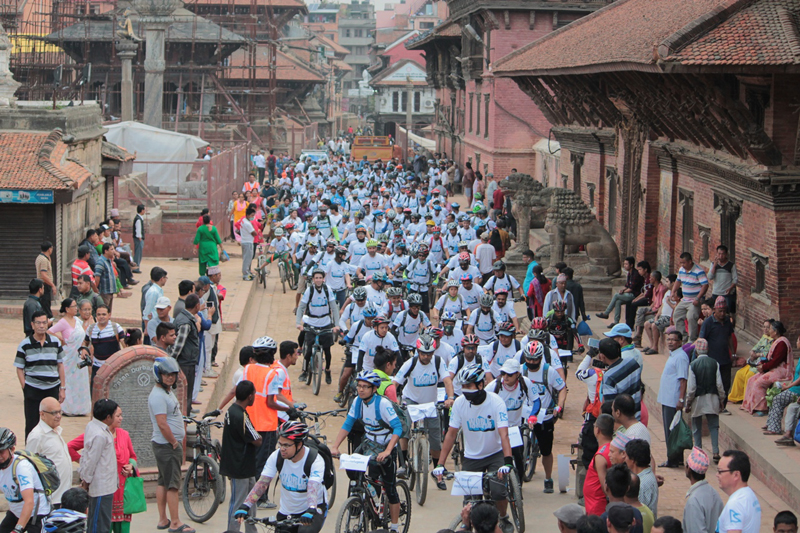 KATHMANDU, June 19: Every minute, an average of 20 people — half of them children — are forced to flee their homes due to persecution, human rights violations and war. Fueled by humanitarian crises in places like Syria, Iraq and South Sudan, the world has observed 3 straight years of record displacement. In 2017, the number of persons forcibly displaced has reached over 65 million persons — the highest figure since World War II, and roughly equivalent to the population of the United Kingdom or Thailand.

These numbers represent countless stories of human suffering and loss, but also the courage and resilience of tens of millions of refugees who have overcome adversity and now contribute to the nations which gave them asylum. It is in this spirit that the UN Refugee Agency (UNHCR), its partners and Nepalis across the country are standing with refugees and celebrating World Refugee Day.

“Nepal has a proud tradition of providing asylum to refugees, rooted in its diverse cultures and peoples who, collectively, have demonstrated remarkable hospitality and goodwill,” said Kevin J. Allen, UNHCR Representative in Nepal. The country has hosted Tibetan refugees since the late 1950s, Bhutanese refugees since the early 1990s and, more recently, small numbers of newly arrived refugees from diverse countries who reside in Kathmandu.

Unlike much of the world, the number of refugees in Nepal has dramatically decreased in recent years, thanks to substantial support from the international community. Since 2007, almost 110,000 refugees in Nepal have been resettled to the United States, Canada, Australia, New Zealand, Denmark, Norway, the United Kingdom and the Netherlands. Those refugees who remain continue to contribute to Nepalese society in various spheres — cultural, social and economic — further enriching the country.

On Saturday, June 17, over 500 people from various walks of life, including government officials, diplomats, refugees of diverse nationalities, and local residents of the Kathmandu Valley showed their solidarity with refugees — both in Nepal and globally — by participating in the second annual “Ride for Refugees” cycle rally south of Patan.

In the same spirit, from June 17-20 a photo and art exhibition at Labim Mall in Pulchowk is highlighting refugee stories in Nepal. The creative artworks of Sujan Dongol are on display, following his refugee-inspired exhibit at the recent Kathmandu Triennale art festival.

In Damak, a refugee fair will take place at Beldangi Refugee Camp on Tuesday, June 20, to celebrate solidarity and shared bonds between local residents and Bhutanese refugees. The fair will illustrate the daily contributions refugees make to host communities and will include Nepalese and Bhutanese food, handicrafts, cultural events and theatrical performances. It will bring local communities and refugees together to celebrate the many bonds they share, and the dreams to which they aspire.

World Refugee Day is celebrated every year on June 20 to show solidarity with refugees, and to celebrate their courage, strength and resilience. 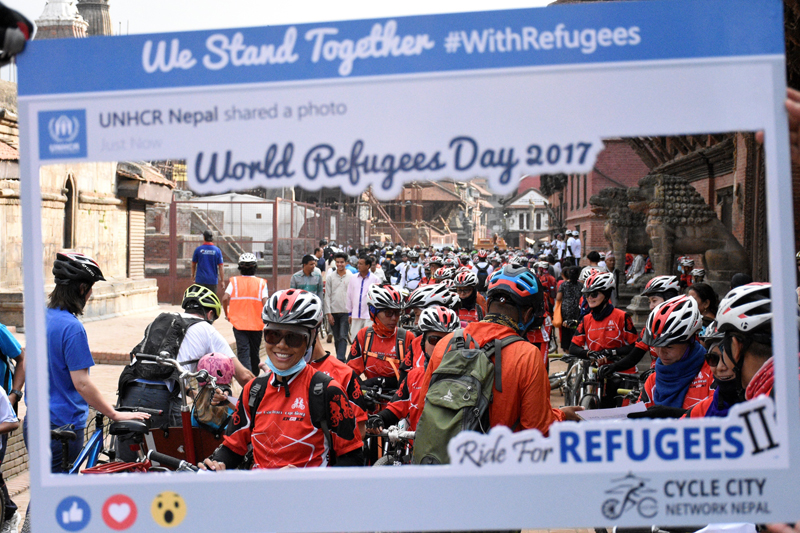