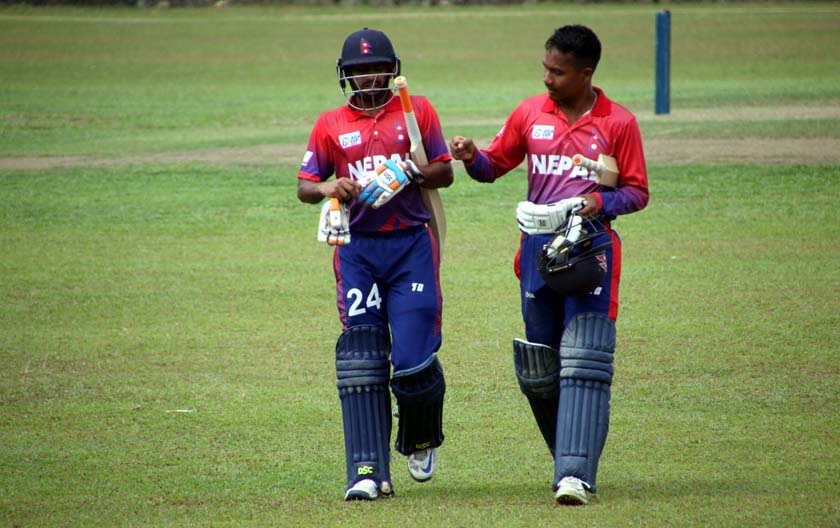 KATHMANDU, Aug 24: Nepal has set a target of 324 runs against Bloomfield Club in the second practice match being held in Sri Lanka on Friday.

Electing to bat first after winning the toss, Nepal notched up 323 runs losing eight wickets in the allotted 50 overs.

Nepal, which was reeling at 84 runs for the loss of four wickets, advanced toward making a large haul of runs thanks to the excellent performance by the middle order batsmen.

Nepal is in Sri Lanka to prepare for the upcoming Asian Cup Qualifiers in Malaysia starting on August 29. Nepal will take on Colts Cricket Club in the final practice match on Sunday before heading to Malaysia.

COLOMBO, August 9: Kane Williamson’s stature as one of the most loved cricketers around was evident again when a group... Read More...

COVID is less severe with Omicron than Delta, U.S. study suggests
48 minutes ago