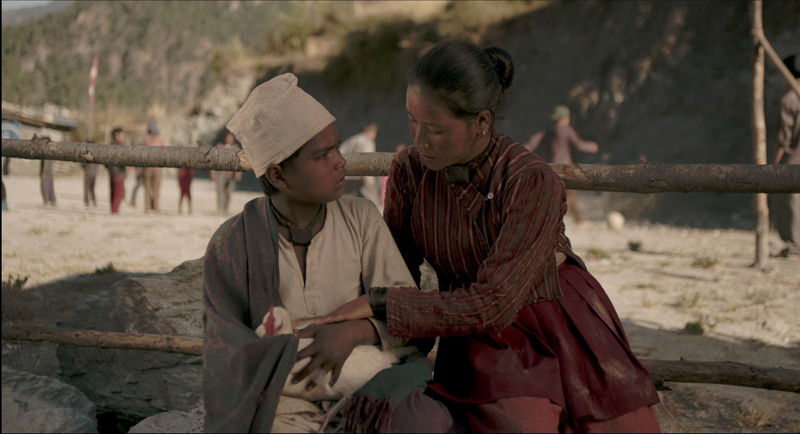 The submitted films were evaluated on the basis of their technical making, narrative presentation, characterization and creative merit, Guragain said in the committee’s official statement. ‘Kalo Pothi’, ‘Ko Afno’ and ‘Pashupathi Prasad’ were the only three films competing to represent Nepal at the Oscars.

“This is a proud moment and I feel honored to represent my country, Nepal through my film,” Bham, who is working on the screenplay for his next project, told Republica.

‘Kalo Pothi’ is about the friendship of two young boys who are in search of their missing hen. Set in Mugu district of Nepal, the Maoist Insurgency serves as the main backdrop in the story. The two friends encounter the violence and hopelessness brought by the civil war to their small village and come of age during their journey.

32-year-old Bham was born in Mugu. An alumnus of Kathmandu’s Oscar International College, Bham has won fellowships at the prestigious Berlinale Talent Campus and Asian Film Academy at the Busan International Film Festival. His first short film ‘Bansuli’ (The Flute) was screened at the 69th Venice Film Festival in 2012. His feature length debut ‘Kalo Pothi’ is a co-production involving production companies from Nepal, Switzerland, France and Germany, and was made on a budget of 200,000 Euros.

International reviews for the film have been favorable. Hollywood Reporter’s Clarence Tsui appreciated ‘Kalo Pothi’ for its “stirring performance” and described the film as “an effective showcase of a filmmaker in flight”. At home, the film was warmly received and has gone on to do successful business.

Out of the total submitted films, the Academy will shortlist nine features through preliminary voting. The shortlisted nine features will further go through two staged voting process after which a final list of five nominees for the Best Foreign Language Film category will be announced on January 24, 2017.

The 89th Academy Awards is to take place on February 26, 2017 at the Dolby Theater in Hollywood, Los Angeles.

The makers of ‘Kalo Pothi’ are partnering up with Microsoft Innovation Center Nepal, Yuwa, Leo Club of Kantipur and Leo Club of Kathmandu Sukunda to organize charity screenings of the movie.

According to the organizers, the amount collected from the event will be donated to Paila, an initiative for collecting fund to set up computer labs for visually impaired children. The shows will be hosted on September 10, September 17 and September 24 at Rastriya Naach Ghar in Jamal. Each day the film will have five shows.

Tickets are priced from Rs 300 to Rs 1000 and can be collected from the office of Gwahali for Differently-Abled People (GDAP), near Rastriya Naach Ghar, Jamal.

KATHMANDU, Sept 7: 'Kalo Pothi (The Black Hen)' directed by Min Bham has been nominated for the Oscars 2017 from... Read More...

KATHMANDU, Oct 26: The National Film Development Board (NFDB) conferred the Special Film Award to ‘Ghampani’ and ‘Kalo Pothi’ amid a... Read More...