Nepal’s ties with China not at the cost of India, says proposed ambassador Acharya 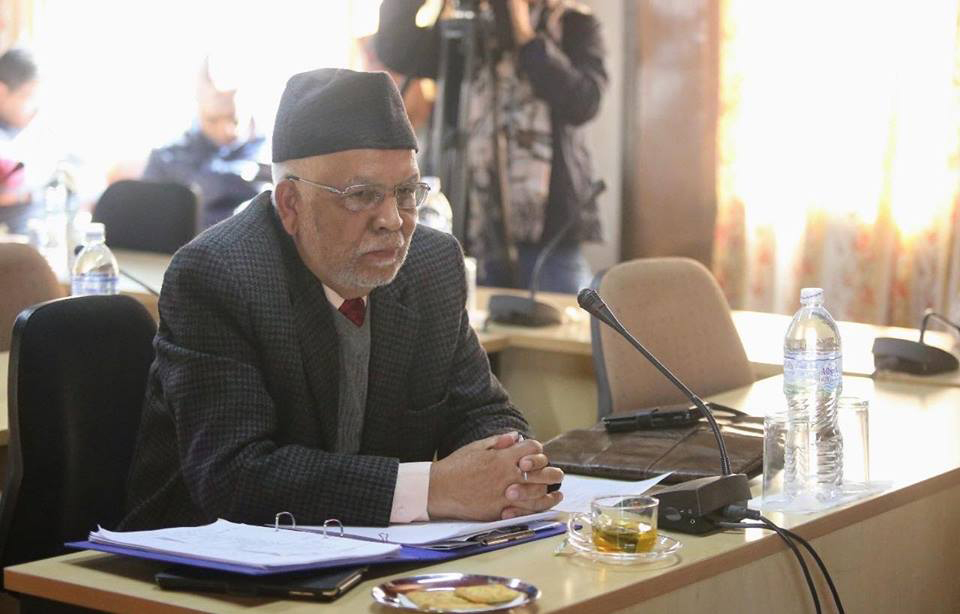 KATHMANDU, Dec 9: A meeting of the Parliamentary Hearing Special Committee (PHSC) is underway to conduct the hearing of the proposed ambassadors to India, Malaysia, Israel and the United Arab Emirates.

During the ongoing PHSC meeting at Singhadurbar, the proposed ambassadors presented their future plans to strengthen Nepal’s relationship with the respective countries during their tenure.

Responding to queries by parliamentarians, proposed ambassador to India Nilambar Acharya said that Nepal’s ties with China should not be seen at the cost of India.

“Our ties with China should not be seen at the cost of India. We are not acting against India by having good relationship with China. I will convey the same message to the Indian leadership as the Nepalese ambassador,” Acharya told the parliamentarians.

Arguing that the Nepal-India relationship is not trouble-free, the proposed ambassador said “Our heart is not open even though we have an open border.”

Acharya told the parliamentarians that Nepal should have a trouble-free and good relationship with India for its prosperity and economic development.

“There are several problems between the two countries including border tensions and delay in the implementation of India-funded projects among others. We have to work together to find out ways to resolve these problems and remove existing suspicions,” he said.

The spirit of Nepal is infectious
16 hours ago
Arrest of NC leader Paudel is an indication of totalitarianism: President Deuba
6 hours ago

Home Ministry suspends two SPs, one inspector on charge of irregularities
11 hours ago

NC leader Paudel, others released after three hours in police control
4 hours ago