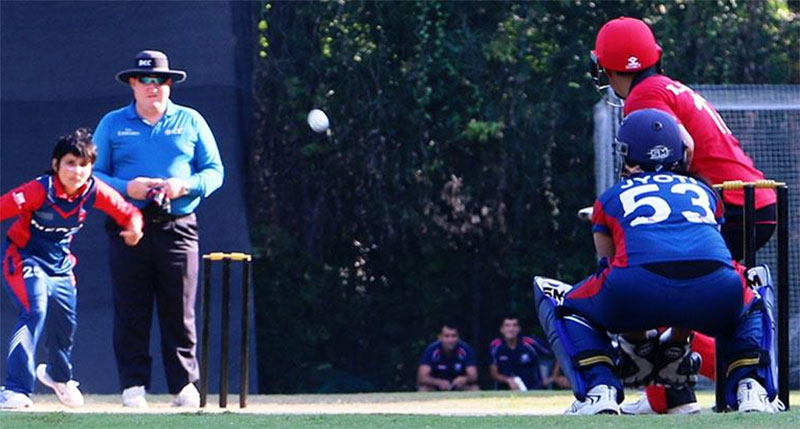 KATHMANDU, Jan 12:  Nepal registered its victory in the opening match of the Women T20 Smash Cricket Tournament in Thailand. It defeated China by 10 wickets, meeting the target of 49 runs posted by the rival in 8.4 balls. Nepal played without losing any wicket.

In the victory of Nepal, Sita Rana Magar played not-out, contributing 23 runs to the team while Kajal Shrestha made 14 runs with one four. Sita registered three fours in 25 balls.

Nepal, winning the toss, elected to field first in the match held at the Asian Institute of Technology Ground. It limited China just to 48 runs in the determined 20 overs at the loss of six wickets. China's opener Zhang Chan made 13 runs while remaining batswomen failed to score a double-digit run.

Nepal's Neri Thapa took two wickets by conceding just six runs and it was Karuna Bhandari who was able to dismiss three batswomen from the Chinese team by spending nine runs.

A total of 10 teams are taking part in the tournament hosted by Thailand Cricket Association. With this victory, Nepal remaining in group 'A' along with China, the UAE, Malaysia and host Thailand, collected two points. It is facing Malaysia in the second match tomorrow.

Nepal takes on Thailand in ACC U-19 cricket tournament