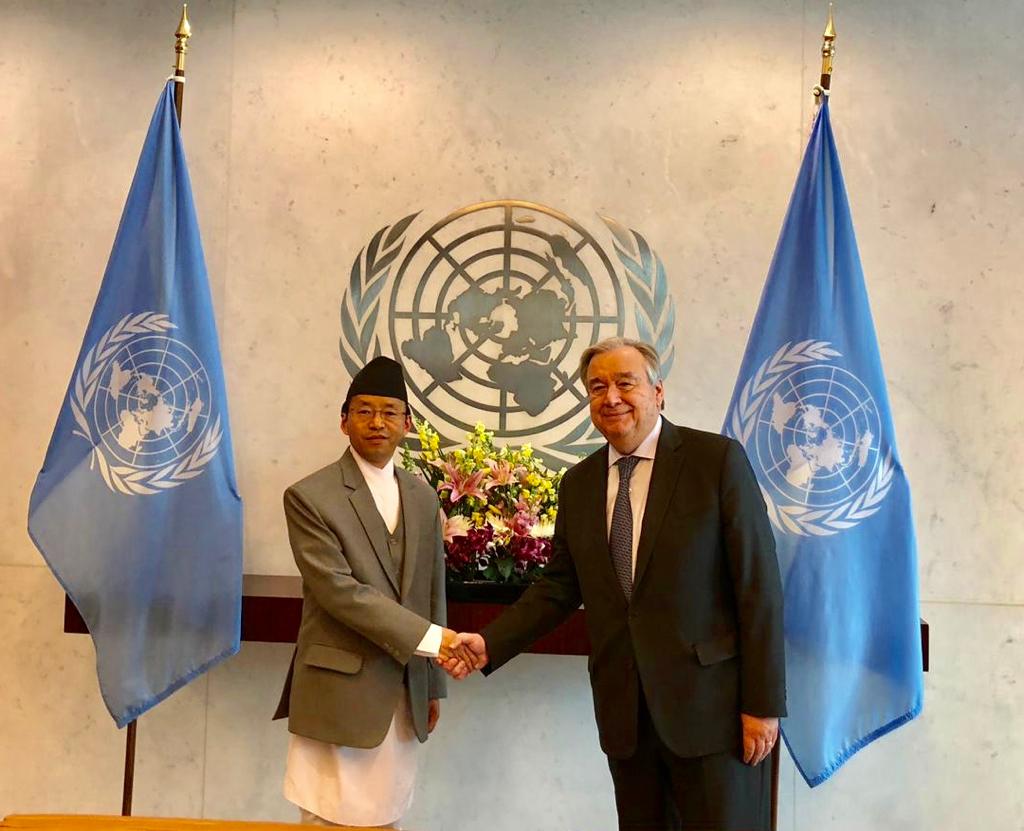 During the meeting, following the presentation of credentials, Secretary-General Guterres expressed his condolences on the demise of Minister for Culture, Tourism and Civil Aviation Rabindra Adhikari and his team in a tragic helicopter crash, according to a press release issued by Nepal's Permanent Mission to United Nations in New York.

The Secretary-General congratulated and welcomed Rai as Permanent Representative of Nepal to the United Nations and assured him of all necessary support towards further enhancing Nepal-UN relations.

While recalling his fond memories associated with Nepal in his earlier capacities, Guterres expressed his gratitude to Nepal for the support and solidarity it extended for the realization of the objectives of the United Nations.

Expressing gratitude to the United Nations for its cooperation to Nepal's development as well as the peace process, Ambassador Rai reiterated the country's support to the reform agendas across all three pillars of the United Nations; and expressed Nepal’s willingness to contribute even more to the work of the Organization on all pressing issues from disarmament and peacekeeping to Climate Change and sustainable development.

NEW YORK, Oct 4: Various countries including Nepal have been voicing for reform in the United Nations (UN), especially the... Read More...

Nepse ekes out marginal gains in volatile trading
14 hours ago

National projects are on govt's priority: Minister Nembang
7 hours ago