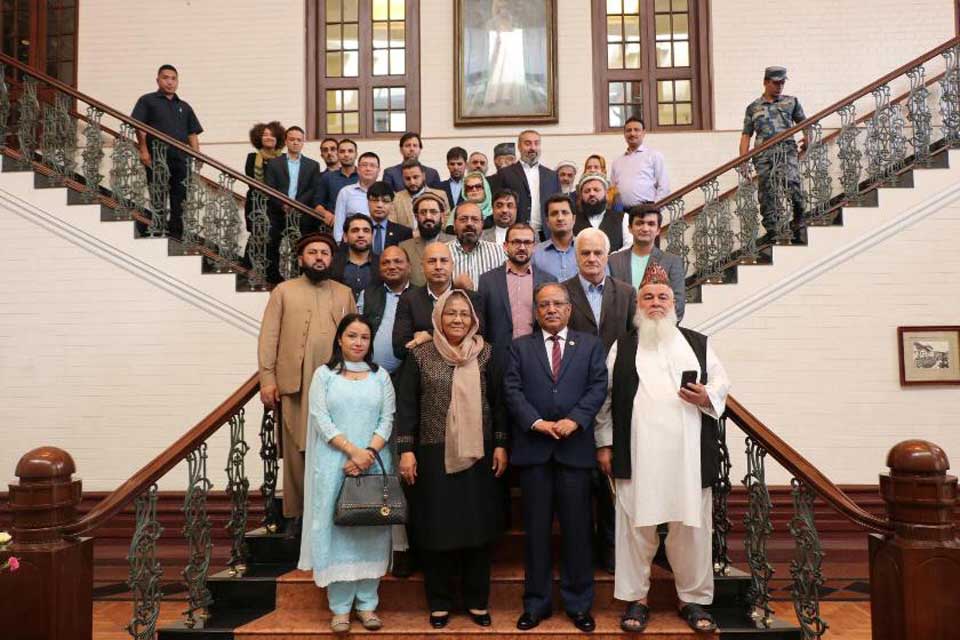 KATHMANDU, Sept 13: Chairperson of Communist Party of Nepal (CPN), Pushpa Kamal Dahal has said that the peace process of Nepal is the new peace model for the world.

During the meeting with a delegation of the High Peace Council of Afghanistan, today, Chairperson Dahal said that Nepal has given a positive message after concluding the peace process. The delegation has arrived in Kathmandu to study about the model of Nepal's peace process.

On the occasion, the former Prime Minister Dahal said that the people have gained various achievements including the republic, federalism, secularism and inclusion through the peace process.

Saying peace process has moved ahead in Afghanistan, Deputy Chair of the HPC and former minister, Dr Habiba Sarabi, said that they arrived here to learn from Nepal's peace process.

The delegation members had inquired about source of arms supply during Nepal's armed conflict, the situation of arms with former People's Liberation Army (PLA) and its management and activities of Peace and Reconstruction Ministry established to facilitate the activities related to the peace process.

The delegation also held discussion about the policy adopted by Nepal in the peace process, according to Dahal's Secretariat.

The price of peace: Rs 166 billion and still counting

KATHMANDU, Nov 21: While the decade-long Maoist armed insurgency played a major role in the transformation of Nepal's political landscape, the... Read More...

KATHMANDU, Sept 29: Prime Minister KP Oli has said that the conflict transformation in Nepal could be an inspiring success story... Read More...