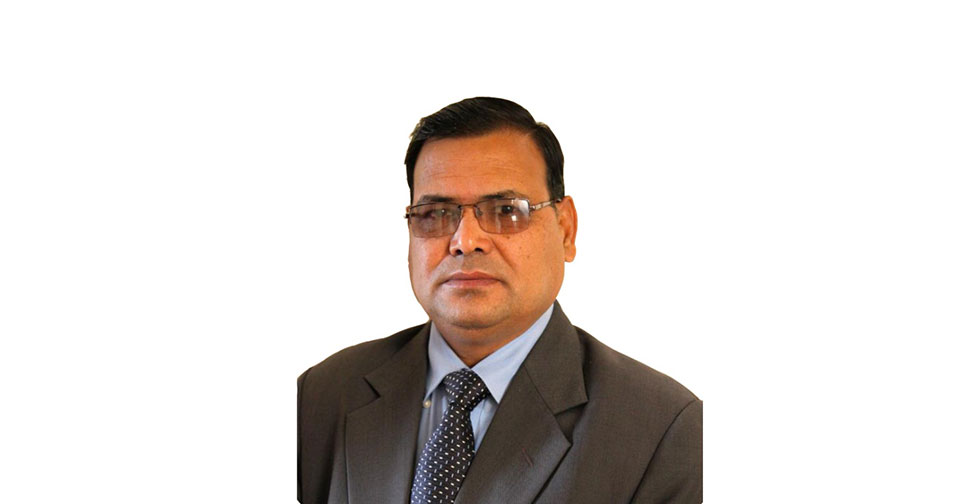 KATHMANDU, Sept 30: Speaker of the House of Representatives Krishna Bahadur Mahara has courted controversy after a woman accused him of raping her on Monday.

An employee at the Federal Parliament Secretariat accused Mahara of raping her in a rented room at Tinkune in the capital on Sunday evening. She claimed that Mahara came to her room and sexually abused her when she was alone at around 8 pm.

"I contacted the police immediately after the incident. But, the speaker left the room before police arrived," she further said.

According to her, she knew Mahara long time ago. However, Metropolitan Police Circle, New Baneswor stated that no complaint has been lodged against the speaker yet.

Meanwhile, Mahara's secretariat brushed aside the allegations calling it baseless. The secretariat said the female employee was unhappy with Speaker Mahara after she was not given a placement to the Federal Parliament Secretariat by creating a new position under the health service as per her request.

"This is purely an attempt to defame Speaker Mahara and his political career," read a press statement issued by Mahara's secretariat. 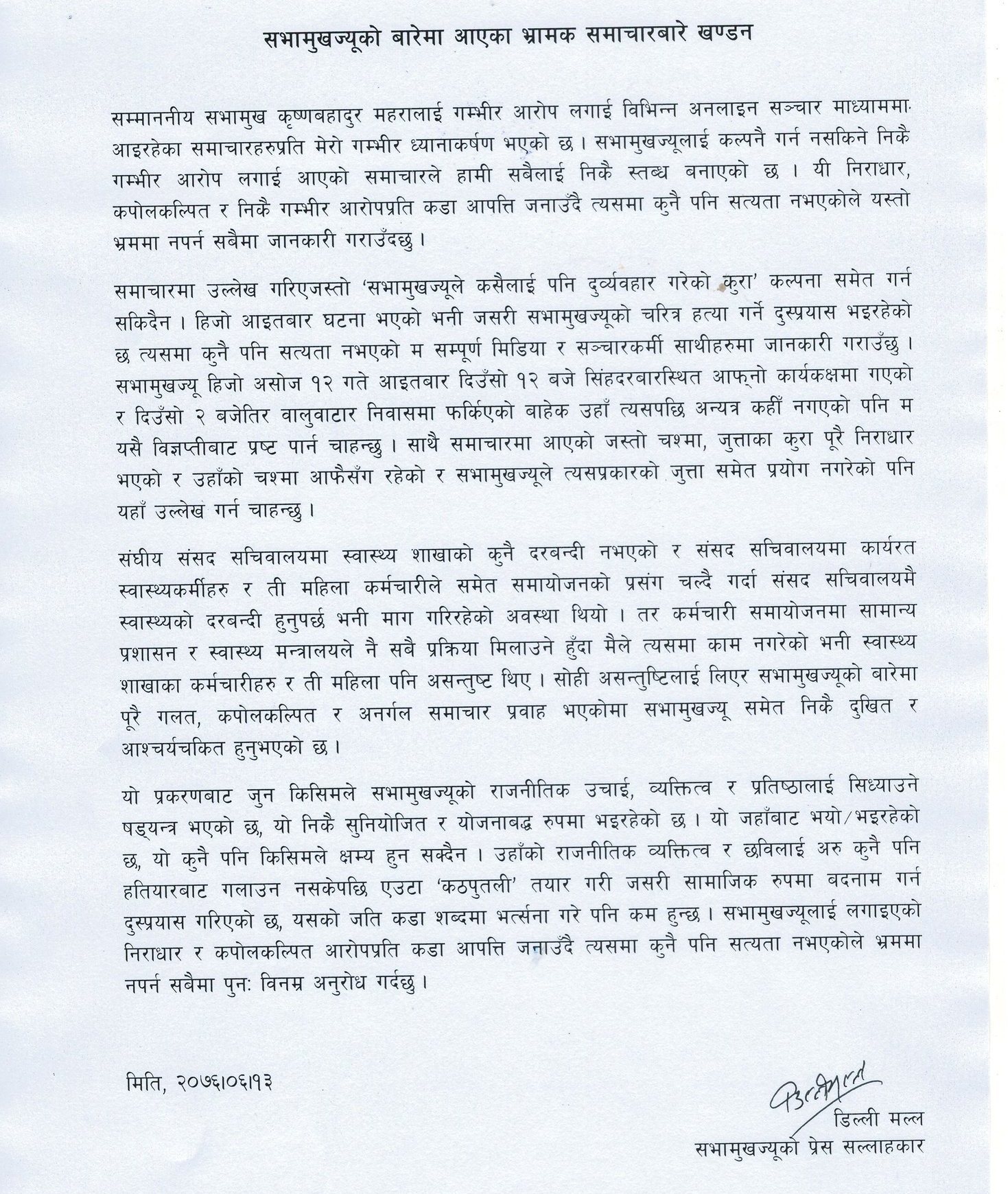 KATHMANDU, Oct 10: Former Speaker Krishna Bahadur Mahara who was arrested five days ago after being accused of raping an... Read More...

KATHMANDU, Oct 1: Speaker of House of Representatives Krishna Bahadur Mahara has stepped down from his post on Tuesday. ... Read More...