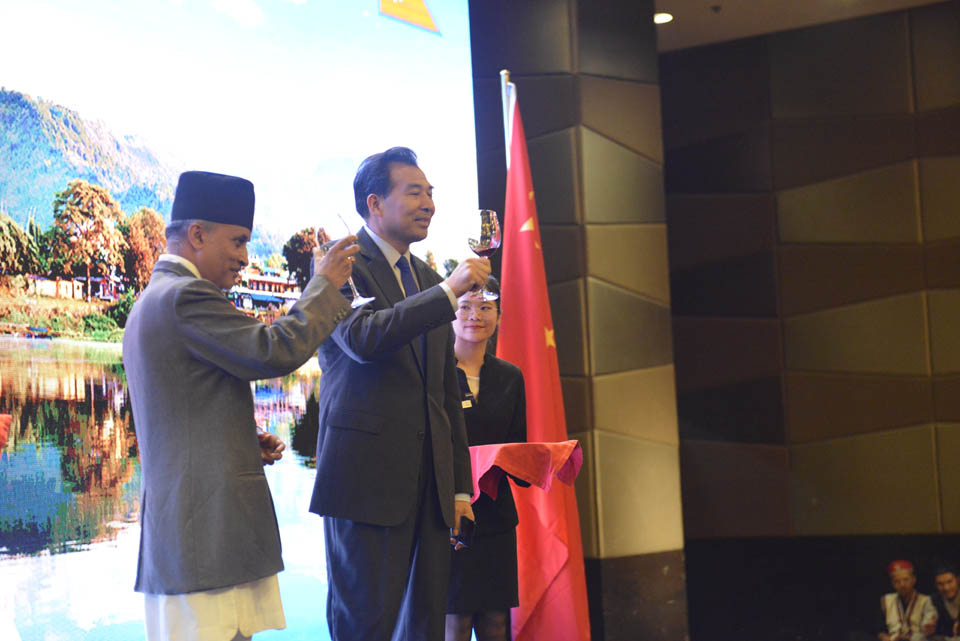 KATHMANDU, Sept 20: Nepali Embassy in Beijing hosted a reception to observe Nepal’s National Day, also the fourth anniversary of the promulgation of the Constitution of Nepal, in Beijing on Friday.

Vice-Minister of Foreign Affairs of the Government of the People's Republic of China Luo Zhaohui graced the event as a guest of honor, according to a press release issued by the embassy.

In his welcome remarks, Nepali Ambassador to Beijing Leela Mani Paudyal stated that the promulgation of the new Constitution of Nepal holds special significance in the modern history of Nepal for institutionalizing a republican and federal system of governance.

Ambassador Paudyal mentioned that Nepal and China enjoy the best of relations and that the two countries have made remarkable achievements in the fields of border connectivity, cultural co-operation and people-to-people level contacts over the past year. He said that new initiatives for economic co-operation under bilateral co-operation and the Belt and Road Initiative will bring greater prosperity and benefits to the people of the two countries in the days to come.

The reception was attended by ambassadors, senior officials of the Government of the People's Republic of China, scholars and academics, friends of Nepal, prominent Nepali nationals living in China and the Embassy family.

Constitution Day observed amid fanfare in capital (with photos)

KATHMANDU, Sept 20: The government organized a special function at Tudikhel in the heart of the capital to observe the... Read More...

KATHMANDU, Sept 21: Major countries including the US, India, China and France have sent messages of congratulations to Nepal on... Read More...