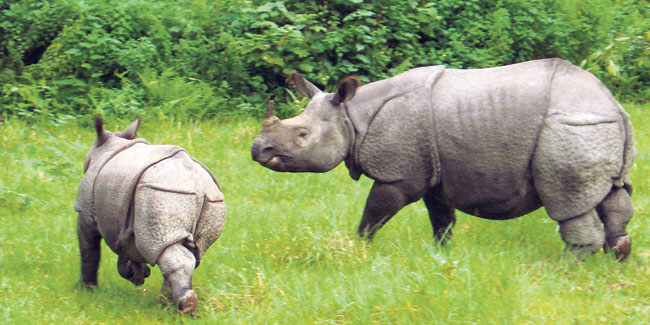 RATNANAGAR, May 19: The wildlife hospital set up at Sauraha of the Chitwan National Park is yet to come into operation for the delay in supply of equipment.

The hospital building was already constructed. It is the first wildlife hospital in Nepal established for the treatment of injured and sick wild animals. Research officer at Suraha office of the National Nature Conservation Trust, Dr Baburam Lamichhane, informed the hospital building was useless for not having the equipments. The building was constructed at the cost of Rs 24 million provided jointly by the Trust, and World Wildlife Fund's Denver Zoo of America.

After the construction of the building, the Chitwan National Park will have its ownership, Dr Lamicchane said, adding that the Park itself will buy the equipment.

Then Minister for Forest Mahesh Acharya had laid the foundation stone to the hospital building, which was aimed to be completed by March 6, 2015.

Deputy Director at Department of National Parks and Wildlife Reserve, Gopal Prasad Bhattarai, however, said the hospital would come into operation next year. "Management of wildlife hospital is not that easy. It is a sensitive issue, so its operation is delayed," he underscored.

He further said the medicine for the treatment of wild animals needs to be imported. Nepal government has to urge the next government for it. When the hospital begins smooth service, even the x-ray can be conducted for elephant, tiger, and rhinoceros.  RSS

Wildlife hospital of Sauraha in final stage of construction

CHITWAN, April 12: After months of delay and procrastination, the construction of the first wildlife hospital of the country has reached... Read More...

Construction of wildlife hospital in limbo

CHITWAN, Sept 7: A rhino that had sustained six bullet injuries on August 20 died Tuesday while undergoing treatment in... Read More...

Let's not overshadow the issues that Prem Archaya tried to raise: Dr Toshima Karki
42 minutes ago