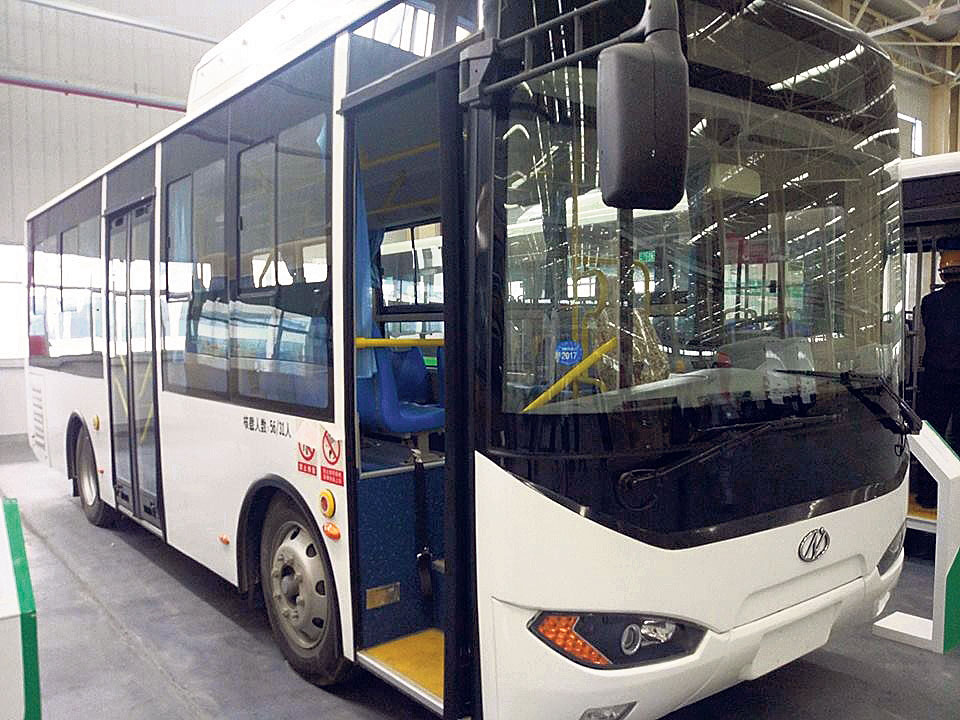 KATHMANDU, Aug 19: For the first time in Nepal, a battery-run e-bus is set to come into operation on the roads of the Kathmandu Valley. The public would get to commute in the bus within the next three months.

The bus is developed by CNC Brand of China and will be operated by International Green Developers Nepal Pvt Ltd, the producer of Gorkha Eco Panels. The company said they will operate the bus only in the valley during the first phase. After that, they plan to operate the electric bus across the country.

Gorkha Eco Panels would be the authorized dealer of the bus across the country as they signed an agreement with CNC, which is based in China's Wuhan Province. Krishnabhakta Duwal, Chief Executive Officer (CEO) of Gorkha Eco Panels, confirmed that they plan to bring the bus into operation within three months.

“For that, we are currently making all the necessary preparations. We are preparing to bring the bus into Nepal at the earliest,” he said. “Furthermore, we are studying which route will be the best one to operate the vehicle. We are also doing feasibility studies on location of its charging station.”

It would take three hours for the bus's battery to get charged fully. Once fully-charged, the bus can run 250 kilometers.

While private electric cars from Korea and India are already operating in Nepal, this will be the first time for electric public vehicles.

KANCHANPUR, March 5: An Indian national, who was allegedly involved in drug smuggling, was shot dead by police at Belauri... Read More...

KATHMANDU, March 5: The acid attack survivor Muskan Khatun has been named for the US State Department's International Women of... Read More...

NTA urged to make its services accessible, efficient and reliable

Stop me from entering Madhesh but not the water from SMDMP: PM Oli
23 hours ago

We are committed to honoring three-point pact: Biplab
30 minutes ago

EU suspends development funds in Myanmar after coup
22 hours ago