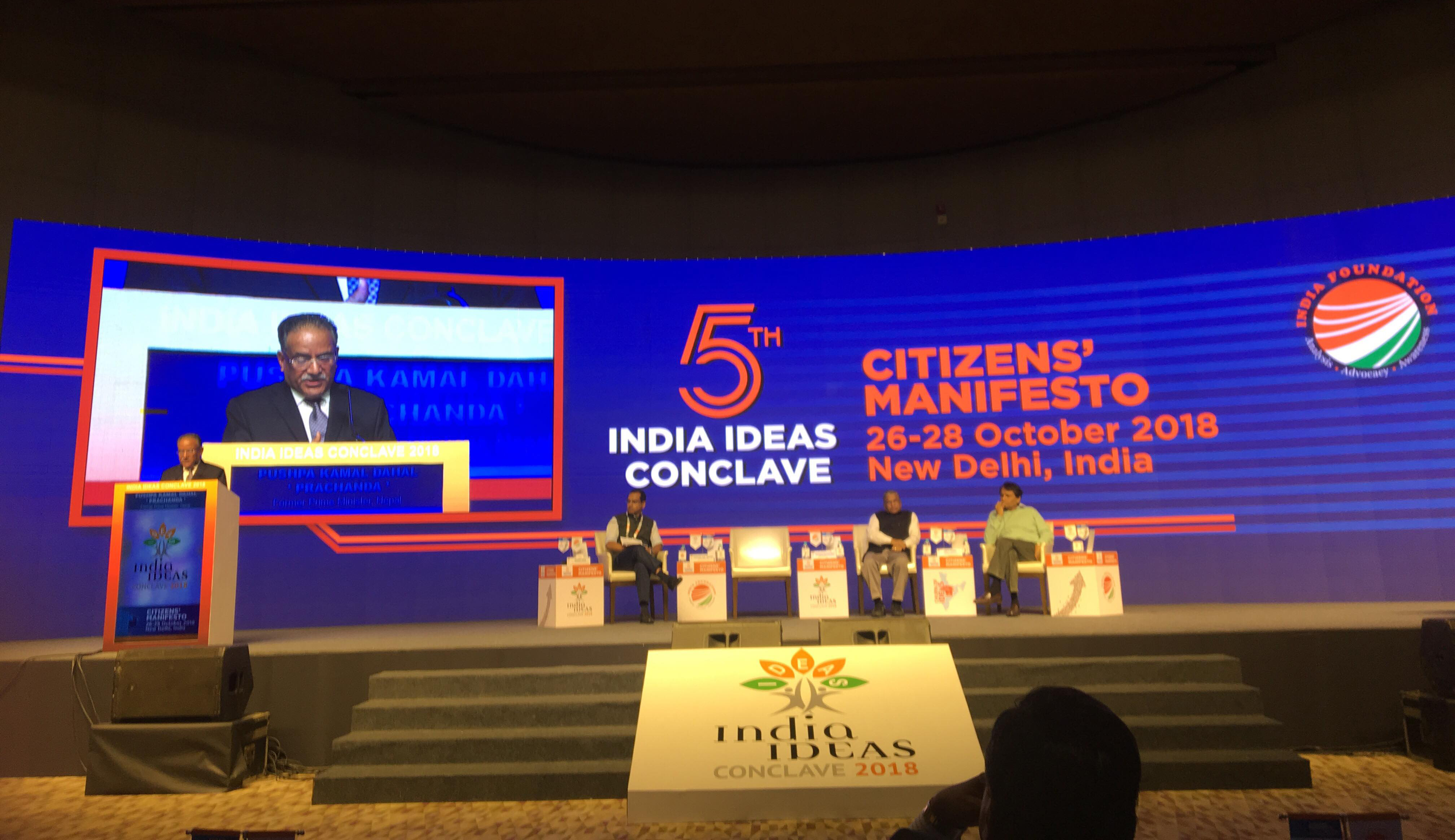 KATHMANDU, Oct 26: CPN Chairman Pushpa Kamal Dahal has said Nepal's constitution is the citizens' manifesto both in term of the process and content.

Addressing the 5th India Ideas Conclave in New Delhi on Friday, Chairman Dahal said the constitution is a process because for the first time in Nepal's history, the constitution was written and promulgated by an inclusive assembly of representatives directly elected by people. It is content because it institutionalizes people's dreams demonstrated in their decades long struggle, he viewed.

The manifesto as he said has vested sovereignty and state authority in citizens and committed for continuous improvement through necessary amendments according to the aspirations of the people.

Chairman Dahal further argued that the constitution seeks to promote a strong sense of civic values and preserve the national identity of Nepali people.

"We have managed post constitution transition as well upon the successful conduct of elections at all three levels of governance last year. Following the elections, governments have been formed at the Centre as well as Provinces with robust popular mandate. After decades of political instability and painful transition, we are finally able to cherish a prospect of stable government, which is essential for development, "he informed.

Nepal's focus on freedom from poverty

According to him, Nepal's focus is now on the other aspect of people's freedom, namely freedom from poverty and underdevelopment; freedom from hardships of deprived living; freedom from worry about the basic needs; freedom to pursue the greater goals of life.

For this, Nepal's government is working to realize the vision of 'prosperous Nepal, happy Nepalis', he reminded, adding that certain sectors in the development narrative as well as policy and programmes have been given priority.

Similarly, the former Prime Minister Dahal showed thankfulness to the neighbours and friends around the world for their support in Nepal's development endeavor. "We are hopeful that such support will continue. I have no doubt, you may all agree with me that peaceful and prosperous Nepal can only contribute to peace, stability and prosperity in the region and beyond," he asserted.

Nepal and India, he said, have an immemorial history of harmonious co-existence. "We are connected by geography as well history, religions as well as rites, cultures as well as commerce. We are not only neighbours but also close friends. People-to-people interactions and exchanges are at the crux which gives us the very unique nature of our relations," the Chairman reminded. RSS

Belt and Road Initiative is not a military alliance: Dahal (with video)