Nepal's closeness with China not at India's expense: Ambassador Acharya 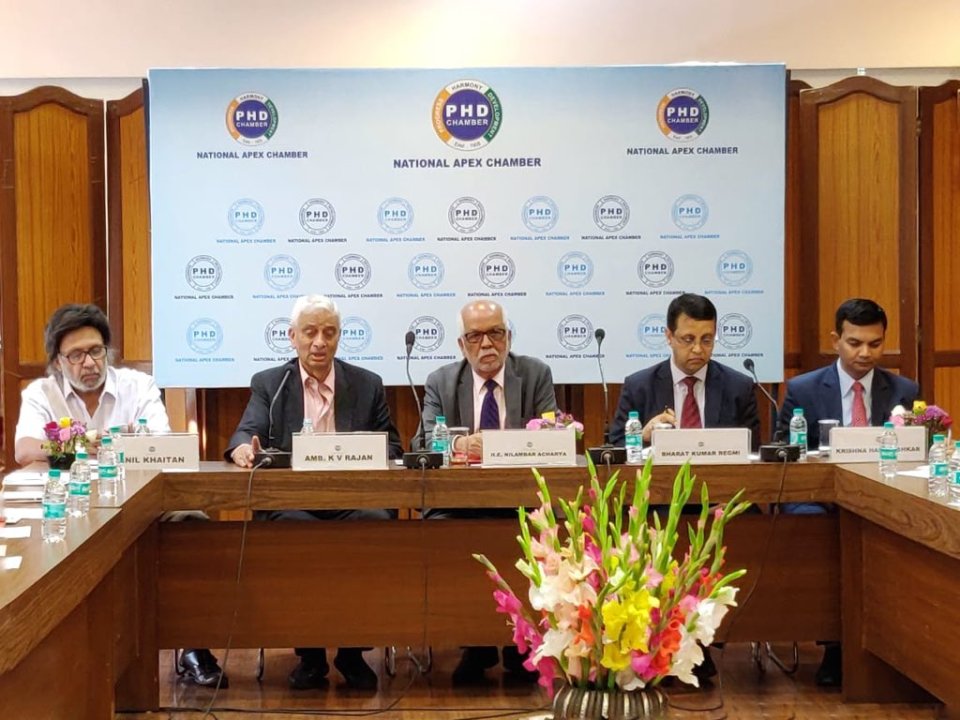 NEW DELHI, March 27: Nepal and China may be getting closer for mutual economic and trade gains but their emerging relationship is "not at all at the cost of India", Nepal's Ambassador to India Nilambar Acharya said Tuesday.

India and Nepal have been closer for ages and even common inheritor of similar and identical civilization and therefore, both the nations should make continuous efforts to further broaden the scope of their relationship for mutual gains and comforts, Press Trust of India quoted the ambassador as saying.

"...the Ambassador also clarified pointing out that Nepal and China may be getting closer for mutual economic and trade gains but the emerging relationship between the two is not at all at the cost of India," the ambassador said while addressing a program organized by the PHD Chamber of Commerce and Industry in New Delhi.

China has been investing heavily in Nepal in the last few years to enhance the connectivity and infrastructure.

Acharya invited Indian investments in Nepal in areas such as hydro, tourism, roads and highways.

The ambassador invited India Inc to take part in Nepal India Investment Summit a two-day event slated to be held in Kathmandu on Friday and Saturday.

Nepal is an independent and sovereign nation and can manage its own internal affairs. However, from time to time, complaints... Read More...