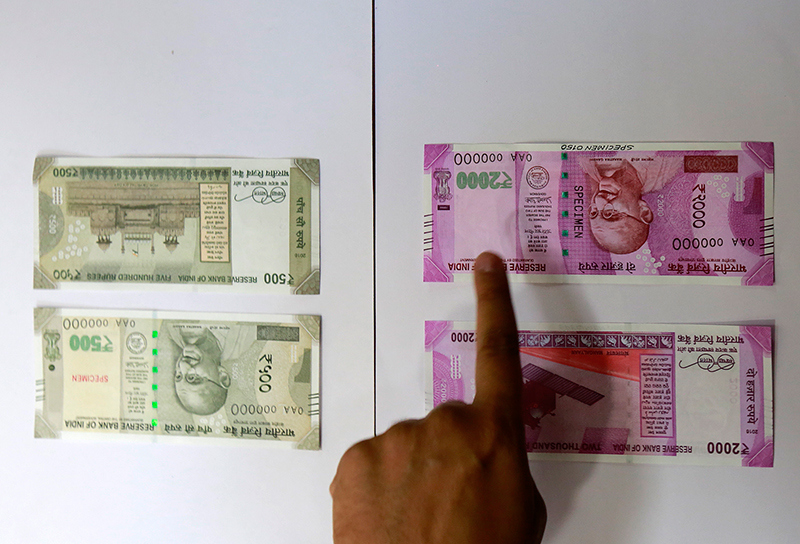 Specimens of the new Indian Rupees 500, top, and 1,000 currency are displayed at the Reserve Bank of India headquarters in Mumbai, India, Wednesday, Nov. 9, 2016. (AP)

KATHMANDU, Nepal, Nov 25: Nepal's banks are refusing to accept new Indian 500 and 2,000 rupee notes because the Indian central bank has not officially informed the neighboring Himalayan nation of their issue, officials said Friday.

Nepal Rastriya Bank official Narayan Prasad Paudel said banks in Nepal can only accept the notes after a proper notice has been received.

Nepal has already stopped accepting old 500 and 1,000 rupee Indian notes after they were scrapped by the Indian government earlier this month in hopes of curbing corruption.

Sapkota said the new bills are not illegal in Nepal but can only be accepted after an official notice is received.

Indian currency is widely accepted in Nepal, which shares an open border with India. Citizens of the two countries do not need visas to travel between them.

An estimated 2 million Nepalese work in India and are paid with Indian currency.

U.S. Secretary of State Pompeo in India on first leg of Asia trip
19 hours ago