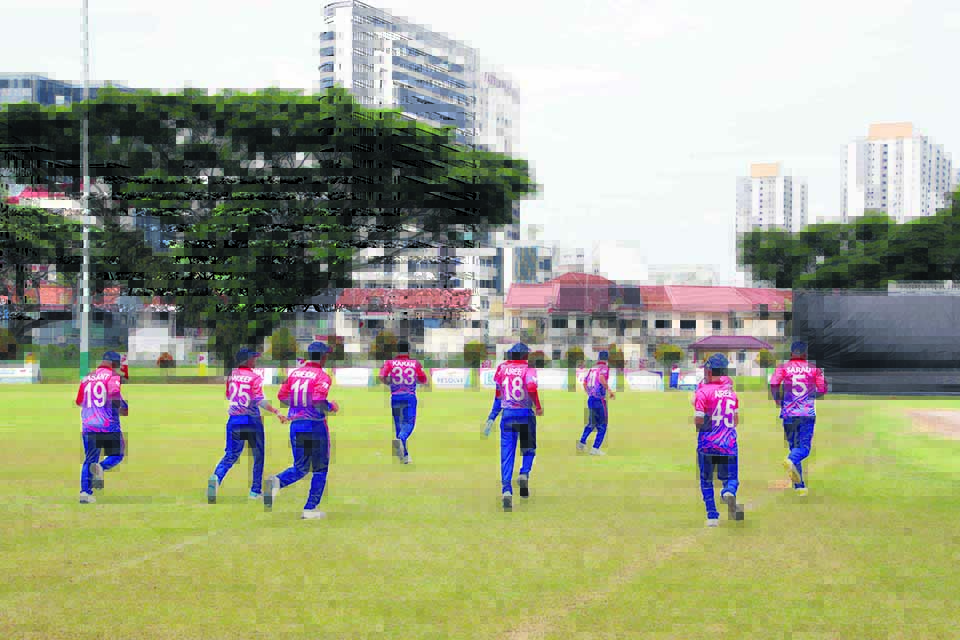 KATHMANDU, July 26: Nepal sits on the third position after the completion of second round of matches in the ongoing ICC World T20 Asia Finals being held at Indian Association Ground in Singapore.

Favorites Nepal failing to top the group is an upset for 11th-ranked cricket nation in ICC official T20I rankings after a shocking defeat against 21st-ranked Qatar in the league opener.
Likewise, Qatar’s convincing defeat against the host nation Singapore and simultaneously Nepal’s comeback win in the second game against Malaysia spiced up the cut-throat tournament which includes Kuwait as well.

Kuwait’s  abandoned game against Singapore means the host nation are topping the table with three points and more importantly with boosting net run rate of 1.65, way ahead than Nepal’s 0.123. Kuwait is winless with a defeat against Malaysia on the first day of the league.

Qatar queries
Nepal was subject of widespread criticism from experts, fans and media after a disappointing defeat against Qatar. The defeat was s result of many mistakes Nepal committed in the match starting from playing XI itself.
Nepal played six bowlers that have primary roles in the
team and its effects were seen during the batting being dismissed for 122 runs in the allotted 20 overs.

Lead fast bowler Sompal Kami bowled only an over during the defense. The captaincy in the second innings was overtaken by Vice-captain Gyanendra Malla after regular skipper Paras Khadka suffered back spasms and didn’t take to the field.

Similarly, Lalit Rajbanshi dropped the catch of Qatar skipper Inam ul-haq in Kami’s first over. He went on to score 41 runs chasing the mild total of 123 runs which his team completed in the 20th over bowled by the same bowler  Rajbanshi. Sandeep Lamichhane was second most expensive bowler for Nepal despite taking three wickets.

Head coach Umesh Patwal mentioned the importance of Khadka’s presence as a captain which haunted Nepal team during the difficult start.
Bouncing back

The vice-captain Malla was criticized for failing to score once again in T20 international. Nepal also missed the services of Paras Khadka who failed to recover for the match.

More so, rain threatened to wash out the second match against Malaysia. A no-result meant Nepal’s hopes for qualifying for next round entirely depended on results of other matches.
However, a nine-over per side match was made possible which Nepal won by seven wickets with an over to spare. Stand-in captain Malla registered his first and Nepal’s fastest half-century at international level scoring 51 off 20 deliveries.

Malaysia was restricted to 83 runs in its 9 overs which Nepal bounced back with flying colors to complete the win and gain vital two points.

There is uncertainty over Khadka’s fitness and forecast for rain on Saturday are matter of concerns for Nepal. A washed out match against Kuwait may dash out Nepal’s hope of qualification.
There is a chance Nepal, Qatar and Singapore might end up on same points at the end of the group stage. In that case, net run rate will play deciding role to choose the winner.